More than 100 children congregated at Three Bridges Primary School in the heart of Southall at the Chelsea Asian Star pre-event hosted by Sporting Equals, to prepare young players for the ASIAN STAR 2013 that will take place at Chelsea Football Club’s Cobham training ground on MONDAY 6TH MAY. 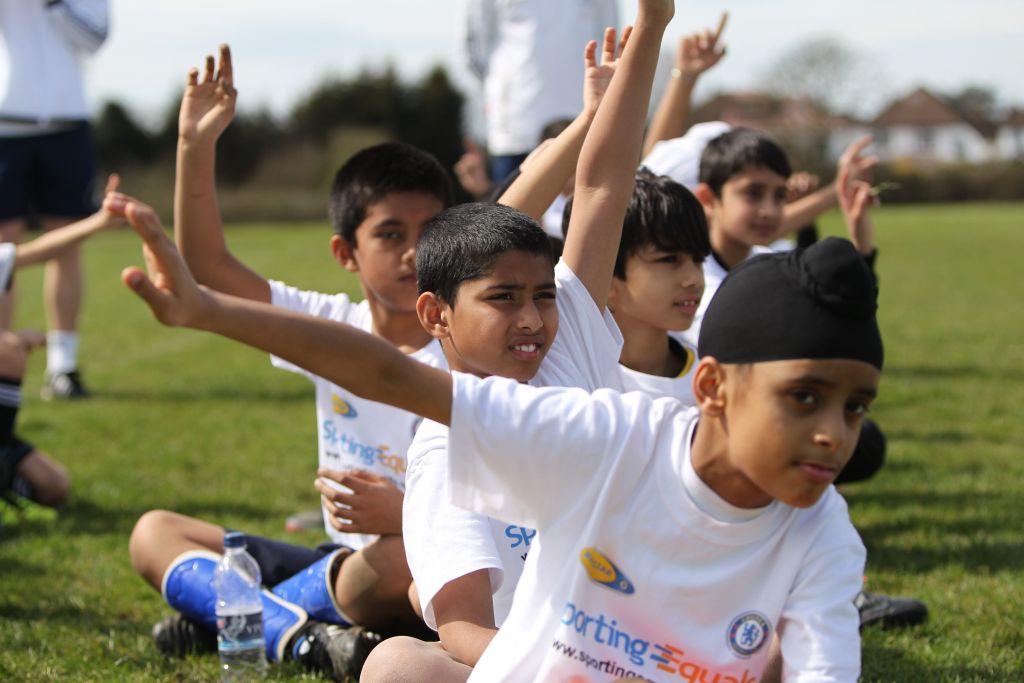 Chelsea Foundation coaches joined coaches from Southall Sports Trust to put kids through their paces in a series of drills, similar to those which will be used in May at the Asian Star event. Asian Star offers successful applicants the chance to win a season-long placement on Chelsea Foundation’s Football Development Centre.

“It was an absolute delight to come down and watch kids from the South Asian community come out in force alongside their parents and partake in the pre-event. The kids showed great enthusiasm and I was impressed by some of the talents that I saw. Hopefully after today we will be able to drum up further support for Asian Star in May.”

Asians in Football Forum Butch Fazal, also came down to the pre-event to show his support to the proactive Asian Star campaign. Fazal added:

“”It was a pleasure to attend the pre-event for Chelsea Asian Star 2013 and uplifting to not only see aspirational players but also to see so many committed parents. There is a clear generational shift in the attitude of South Asian parents and with their support I am confident the critical mass of quality players from our community is only round the corner.”

“Sporting Equals are delighted to be working with Chelsea FC and supporting Asian Star 2013. Chelsea has shown their commitment to finding players from south Asian backgrounds by opening up their youth programs to the whole community when scouting for new talent. Often young Asian talent gets missed and this is an exciting opportunity for us to address the under-representation of Asian faces in football.”

‘The event at Southall was a great day for everyone concerned. The kids had a fantastic time and their passion for the game was evident. There’s clearly a talent within the Asian community, a talent we want to nurture by providing opportunities for Asian players to get into the game. We look forward to the main event on MONDAY 6 MAY and urge any player with a love of football to get involved.’