Bups Saggu introduces a truly global sound with his upcoming single, “Hera Pheriyan“. Set to release on the 25th of April 2013, the track is produced by Saggu and features newcomer Ryaan. The lyrics were penned by Jagga Dhaliwal and Saggu. 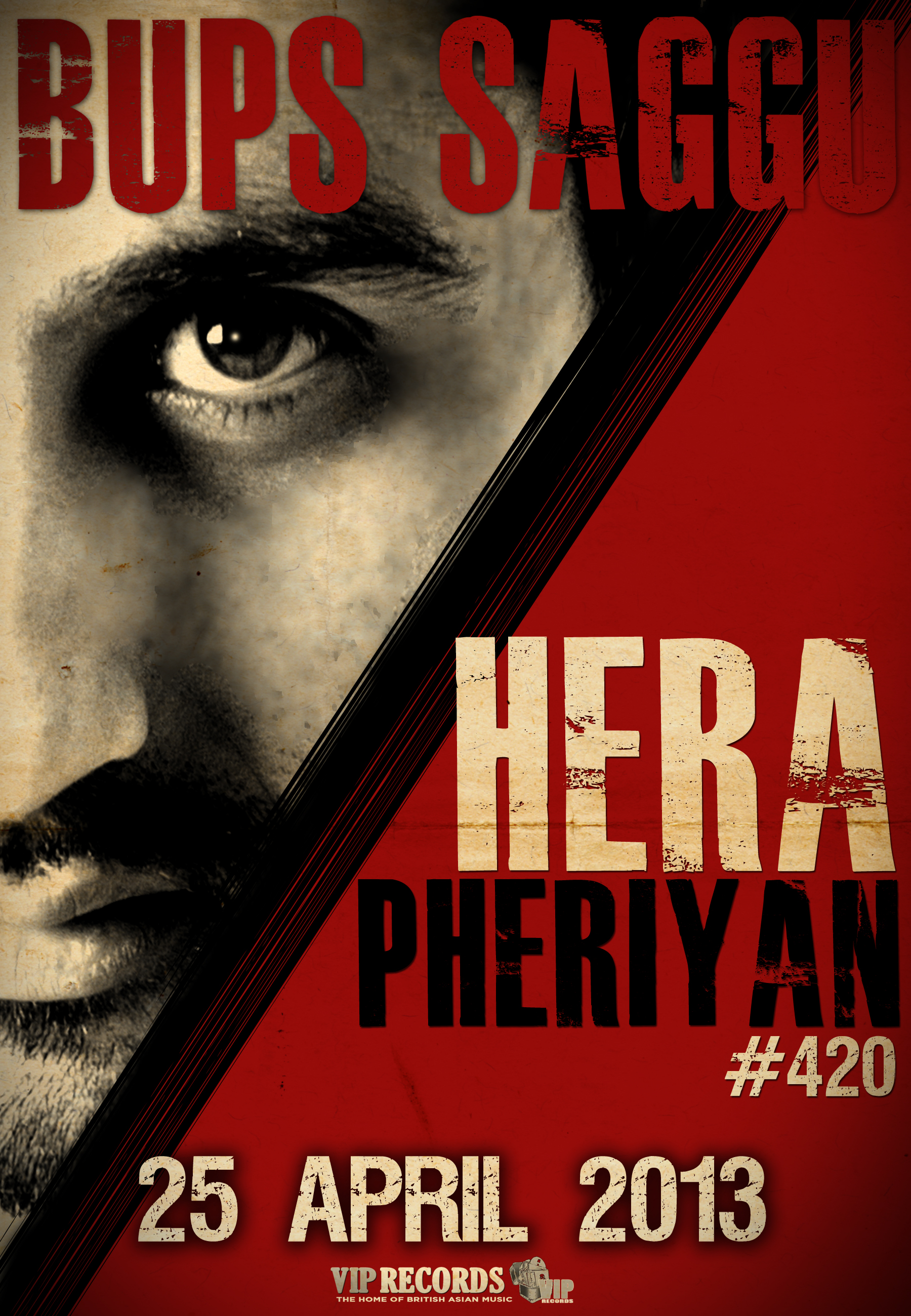 Saggu’s new track is simply explosive! He’s taken the universal concept of betrayal and created a sound that conveys an eruption of emotion. A sound you can’t help but feel resonating in your soul. A grimey beat mixed with electro and clever lyrics amalgamates to create this progressive British Asian track. “Hera Pheriyan” is a detour from the Bhangra-centric sounds of his dance floor hits, but continues to establish Saggu’s experimental style.

“Hera Pheriyan” will be the 4th single released from Saggu’s upcoming album, Global, which is set to release on VIP Records this May. The album promises to push the boundaries of what listeners expect from a Bhangra music producer, with Saggu experimenting with new genres and collaborative sounds. For the critics that had him pegged as a one-trick pony, prepare to be silenced!