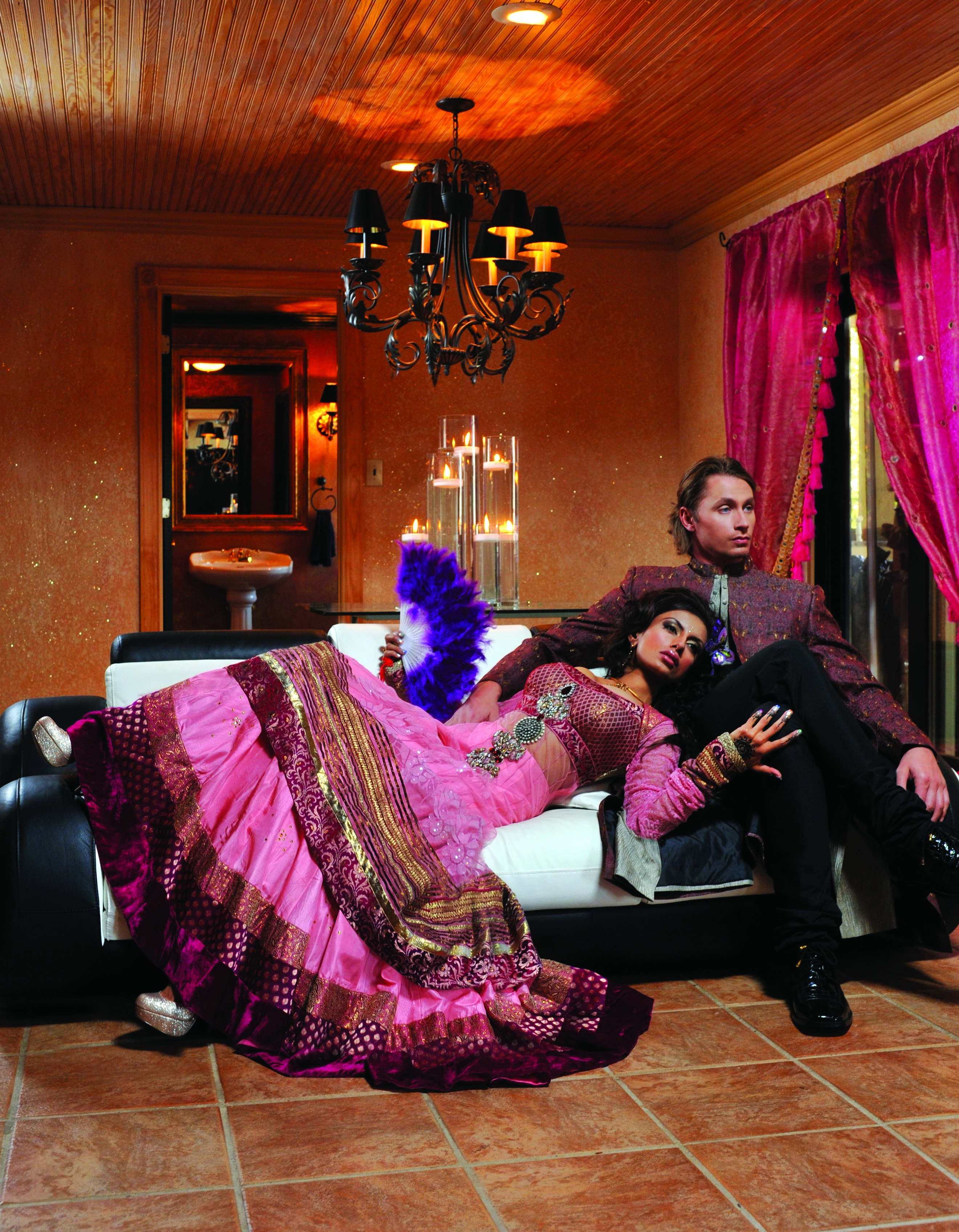 If any Indian can dominate the world of reality TV, it has got to be singing sensation Tina Sugandh.  Tina’s got the right look, right personality, and right attitude to hold the attention of viewers.  For those who may not know Tina, she is a singer/songwriter who is more commonly known as “Tabla Girl” (also the name of her 2009 debut).  I’m sure you’re thinking this is probably the name of a superhero, but you’re close enough, since Tina comes quite close to being a superhero!  She is not only a singer-songwriter, but also is a dancer, guitarist, and actress who was able to break the stereotype that only males can play tabla.  There may be other girls who play tabla, but Tina was the first to really take it to an international level working with music stalwarts like Ringo Starr (of Beatles fame), Timbaland, and Fat Joe to name a few.

Tina’s obviously been able to capture listeners attention with her unique vocals.  Now, she is set along with with husband Tarzu “Tarz” Ludwigsen, to break into the world of reality television.  Tina and Tarz – lovingly called “Tarzina” by friends and family – will be debuting on Bravo TV with the upcoming show “Newlyweds: The First Year.”

In its latest docu-series Newlyweds: The First Year, Bravo TV goes where no network has gone before –- deep inside the lives of four newlywed couples and documents their most personal moments over the course of 365 days.  The show follows four couples during the first year of their marriage – showcasing the ups and downs!   Partnering with Emmy Award-Winning and Oscar-nominated documentarian Lauren Lazin, the eight-episode series follows each couple and captures everything from their wedding day to their one-year anniversary, chronicling all of the trials and tribulations that arise as a newlywed.  Tina and Tarz are one of these four couples, but of course, are the ones all us desis will be cheering for the most!

Check out Tina and Tarz’s preview vids at the links below:

Will you be watching Tarzina’s journey?  I know I will!  Let us know your thoughts!

“Newlyweds: The First Year” premieres on BravoTV on May 6th, 10/9C.