MIDNIGHT’S CHILDREN was an official selection of the Toronto International Film Festival and London Film Festival and will now hit theaters nationwide this spring starting with New York on April 26th followed by additional cities in May. 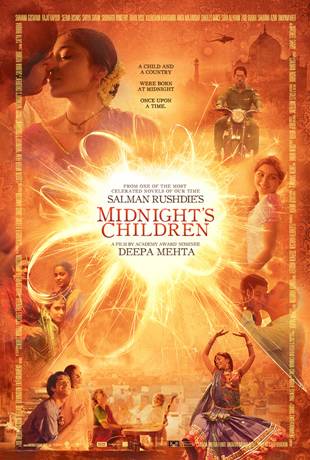 At the stroke of midnight on August 15th, 1947, as India declares independence from Great Britain, two babies are switched at birth by a nurse in a Bombay hospital.  And so it is that Saleem Sinai, the bastard child of a beggar woman, and Shiva, the only son of a wealthy couple, are fated to live the destinies meant for each other. Over the next three decades, Saleem and Shiva find themselves on opposite sides of many a conflict, whether it be because of class, politics, romantic rivalry, or the constantly shifting borders that are drawn every time neighbors become enemies and decide to split their newborn nation into two, and then three, warring countries.  Through it all, the lives of Saleem and Shiva are mysteriously intertwined. They are also inextricably linked to the history of India itself, which takes them on a whirlwind journey full of trials, triumphs, and disasters.