The lead actor of the upcoming film Rangrezz, Jackky Bhagnani, sets the stage on fire in the current season of Nach Baliye.   After taking news headlines by storm with his rendition of Gangnam Style, it will be exciting to see what else he has in store for his dance performance on the Nach Baliye stage! 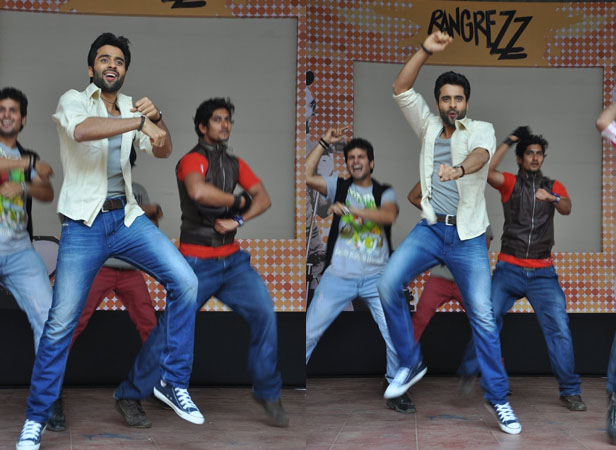 Nach Baliye in its fifth season, sees Shilpa Shetty, Sajid Khan and Terence Lewis take control of the judges panel while the celebrity jodis woo both the judges and the TV audience with enchanting and hypnotizing performances to be crowned this season’s winners.  Watch out for the episode featuring Jackky Bhagnani because you don’t want to miss his dance!!