After a successful outing with ‘Rockstar’, director Imtiaz Ali has already hit the ‘Highway’ with his next film. The movie stars Alia Bhatt and Randeep Hooda in the lead roles and is going to be shot on real locations across different parts of north India. 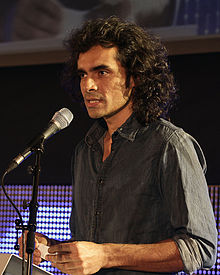 Love stories and musical journey are two prominent elements in Imtiaz Ali movies and ‘Highway’ seems to be no different. After creating magic on screen with Rockstar, the music maestro A R Rahman and director Imtiaz Ali duo have come back again for the latter’s next.

The romantic drama is surely going to be a musical journey. Produced by Sajid Nadiadwala, the shoot has already begun and the entire crew is quiet enthusiastic about the same. Lyricist Irshad Kamil has been roped in to compose for ‘Highway’. The movie is entirely Imtiaz’s brainchild and is very close to him.

Sparks are expected to fly with the likes of A R Rahman, Irshad Kamil and Imtiaz Ali coming together. There is already much spoken about the movie and audiences are eager to know more about the movie.