Raj Nidimoru and Krishna D.K’s upcoming zomcom movie ‘Go Goa Gone’ has struck a chord with the audiences. The two and a half minute laugh riot was released on Tuesday and has already crossed a million views on YouTube.

The trailer is an instant hit and has connected well with the audiences. It has received tremendous positive response from fans, critics and Bollywood fraternity. The trailer showcases three friends Kunal Khemu, Vir Das and Anand Tewari who land up in the zombie land where they meet the gung-ho Russian mafia played by Saif Ali Khan who ‘kills dead people’. Saif’s look in the film has taken audiences by surprise and they love his new avatar. The comic timing and the daredevil dialogues of all the actors are impeccable. 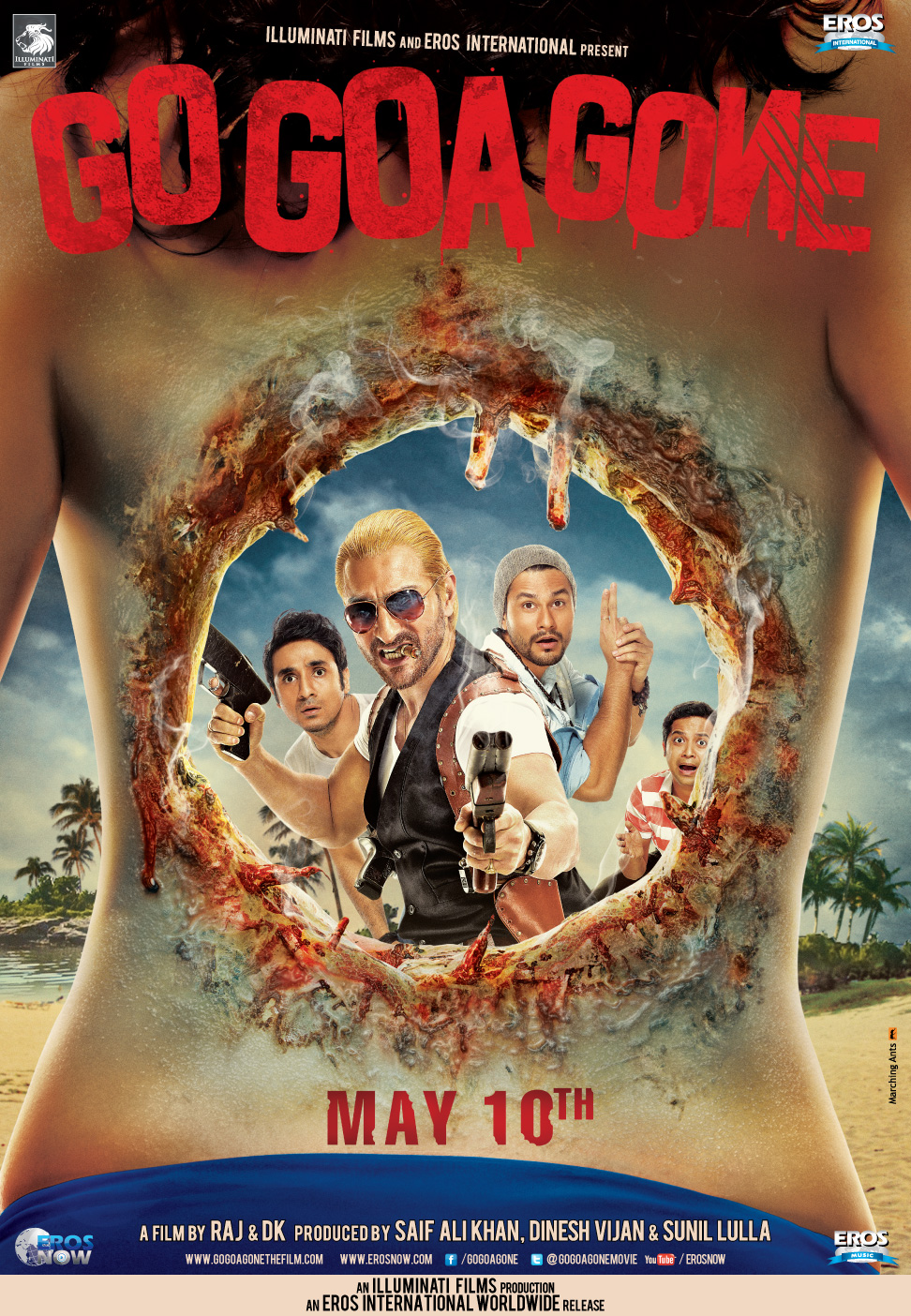 Audiences are excited and curious to know more about the movie as the trailer as well as the poster has created quite a positive stir on digital platforms. India’s first zomcom ‘Go Goa Gone’ is all set to hit the silver screen on 10th May 2013.

The whole of Bollywood has gone gaga over the trailer and talking about it on the micro blogging website. Here are some of the tweets praising the trailer. Check out what some are saying about the trailer!