Pooja: Hi Rithvik! Why don’t you tell us a little bit about yourself? How did your career first start and when did you know you wanted to become an actor?

Rithvik: Well, the first time I went on stage was when I was 15 years old, had no clue where my life was going to take me from there, the feeling of being on stage became like a need, slowly and gradually understanding the power I had when I was on stage to make people laugh and cry with me was something I got hooked on to and realized this is what I wanna do for the rest of my life.

Pooja: Are you currently still training, if so, where?

Rithvik: Yes I am, as and when I get the time, I train with my acting teacher, Dr. Abhijeet Das.

Pooja: Tell us a little bit about your character, Arjun Kirloskar, that you are currently playing in “Pavitra Rishta.”

Rithvik: Well there are various shades to the character, where it started off as a stone-hearted shrewd business man, moving on to becoming a completely different person after meeting the love of his life Purvi, and now moving on to becoming a responsible man who has done everything he could for his love, and living a life which he never wanted to.

Pooja: Also being a dancer, you were seen on “Jhalak Dikhhla Jaa” and were one of the top finalists. Tell us a little bit about that experience.

Rithvik: Well Jhalak was the best experience I had so far, the best 3 months of my life undoubtedly learnt sooo much from everybody I think I owe a lot that I have today to Jhalak, couldn’t be where I am if I didn’t get that exposure. 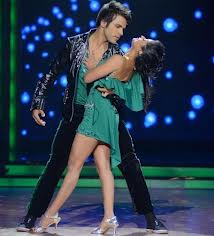 Pooja: Being a trained actor from Kishore Namit Kapoor Acting Institute, what are some of your fondest memories of acting school?

Rithvik: Ahh well I believe meeting my teacher Dr. Abhijeet Das was a blessing Kishore Sir gave me, and apart from that everyday was a new beginning and the experience of acting professionally in front of the camera was just out of the world.

Pooja: Congratulations on being roped in to host Zee Tv’s new show “India’s Best Dramebaaz.” Tell us a little bit about that show and how your experience will differ from your current role in “Pavitra Rishta.”

Rithvik: Well “India’s Best Dramebaaz” is a massive venture in itself, a huge platform for all the kids to fulfill their dream and become what they wish to become. I think as a host you will see much more of Rithvik than Arjun, and I love the show because I have the freedom to do everything that I wish to. It’s like being on a stage with no restriction. 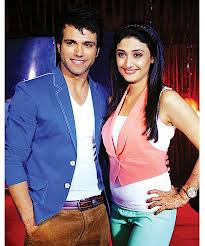 Pooja: If there was any actor you could would choose to work with, who would it be and why?

Pooja: What advice would you give young aspiring actors out there?

Rithvik: Well follow your dream with all your heart and soul in it and chase it till you get there and trust me if you are true to yourself you will.

Pooja: Have you ever considered moving from the television screen to films?

Rithvik: Well yes I have, but its a very tricky business, so I am just being a lil careful because television is what has made me today, so I don’t plan to leave TV, but yes films are definitely on my mind.

Pooja: Would you want to pursue your dancing career further, if you ever got the chance?

Rithvik: Well not really, I am very happy being an actor who can dance! (*smiles*)

Pooja: On “Pavitra Rishta,” Purvi is your love interest and you two have such great chemistry but Ovi is your best friend and wife. Which actress are you closest to in real life?

Rithvik: I am good friends with Ovi, but would say I am closer to Purvi in real life, we share a great bond off screen so the amazing chemistry is just a bonus. 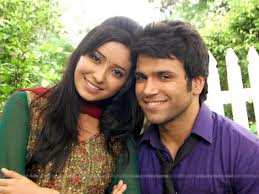 Pooja: In real life if you had to face the same decisions Arjun had in “Pavitra Rishta,” would you have fought for your love or sacrificed it for your best friend like Arjun had?

Rithvik: I would never ever let the love of my life go away just like that! I don’t believe in such sacrifices. It only happens in the reel world not the real one.  If it was real life, I would definitely end up with the love of my life.

Hope you all enjoyed our interview and stay tuned to Urban Asian for all the latest news!