A couple weeks back I had a chance to read a book called “Are You Indian?” – a tongue-in-cheek look at Indian culture by “@BadSwami” aka Sanjit Singh.  The book is meant for anyone – regardless of where/how you grew up, but based on your upbringing you’ll probably understand it in and perceive it different ways.  I’m sure my upbringing has colored my opinion of the book, so I’ll share with you my background.

I’m sure this will surprise many of you – as I’m pretty heavy into Indian culture – but my sister and I have not had a chance to visit India yet!  My family was based predominantly in England so we used to go there frequently, but didn’t have an incentive to really go to India.  Growing up, my glimpse into Indian culture grew from interactions with our relatives and stories my parents and grandparents would tell of India.  Not to mention, my sister and I grew up in a small town in MA where we were one of the only Indian families for a long time.  However, my parents (especially my mother) made sure my sister and I didn’t lose our Indian culture and traditions, and ensured we embodied Indian values. 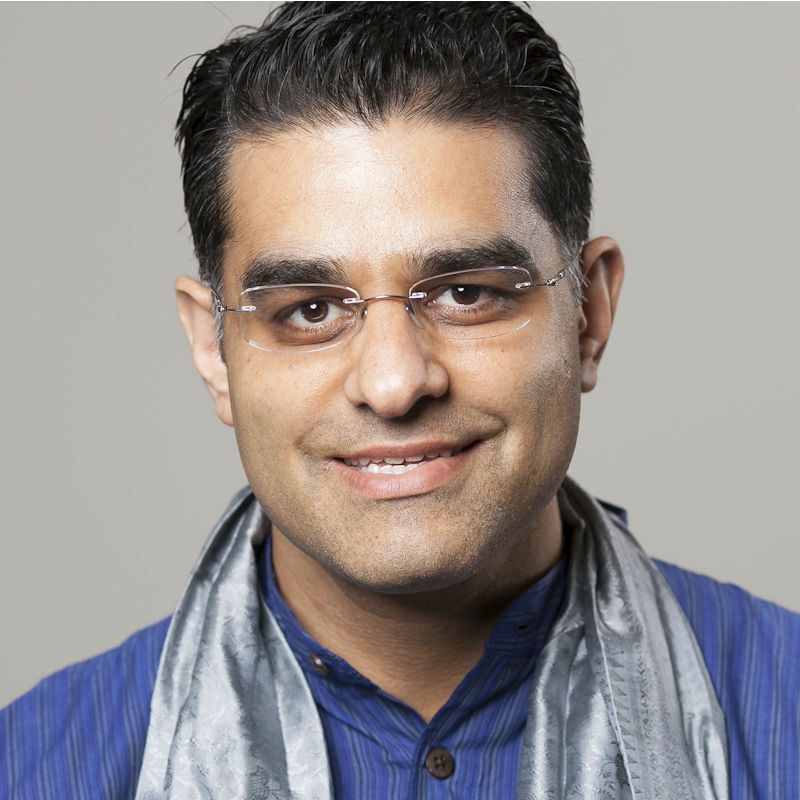 Thus, the story of growing up Indian as depicted in the book, wasn’t necessarily one that reflected my upbringing.  However, I was able to follow all the humor and stories as I’ve interacted with enough desis for the references to have a proper context.  Thankfully, the book was written with a broader audience in mind.  If you think that Sanjit will only be poking fun at Indian culture from a distance, you’ll be happy to know that he writes the book poking more fun at himself and his own desiness!  He doesn’t shy away from being completely open in the book about this.  It is this first person perspective makes it easy to follow the book and relate to.  The size is perfect and it is a very quick read.

The book opens with a bang with the “Are you Indian?” quiz.  It was cute and fun to take.  Then the book takes a look at the Indian family and the intriguing characters each involves.  I liked the caricatured descriptions of Indian uncles and aunties.  Such situational humor was dead on.  The book goes on to discuss growing up in an Indian home, Indian restaurants, Indian movies, Indian Names, and many many more topics.  Some of the segments in the book play on desi stereotypes, as Sanjit openly admits in his intro to the book.  This (reliance on stereotypical notions) works in parts, but in other parts, one feels like one’s heard the humor before.  I’m sure my being tough on such humor is because I follow @badswami on Twitter and I know how hilarious Sanjit is!  His wit on Twitter is always original and fun to follow, so I was hoping for even more creative spins on Indian culture. 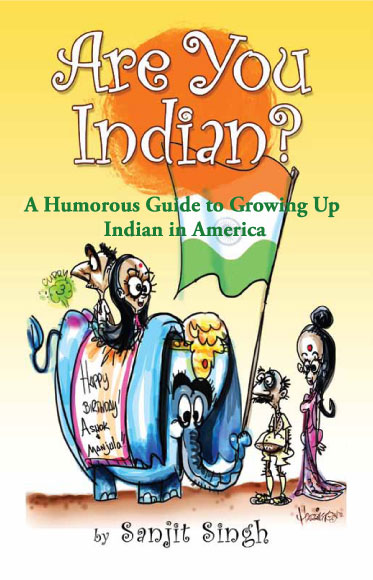 My chief complaint with the book was that at times some of the stories drag and end up acting like speed bumps in book.  The more on-point segments actually hit harder and resulted in more laughs!  The book works best in the parts that deviate from typical stereotypes.  That is, it’s greatest strength, is in the moments that are obviously 100% Sanjit – e.g. read the segments about Desi superheroes and food names at restaurants!  Also, kudos to the illustrator, who helped add to the humor of the book with the funny sketches.

Don’t get me wrong, the book is quite hilarious in parts, and will definitely make you laugh!  However, I personally was expecting even more.  Nonetheless it is a decent debut into the world of books for Sanjit.  My personal favorite segments from the book are the following:

Overall, the book was interesting and is definitely worth a read!  Do support Sanjit and his work!  The book may be purchased at the following site: http://badswami.com/