Twilight fans are in for a treat as the fifth and the final installment of The Twilight Saga series, ‘Breaking Dawn Part 2’ will be releasing this March on DVD & VCD! 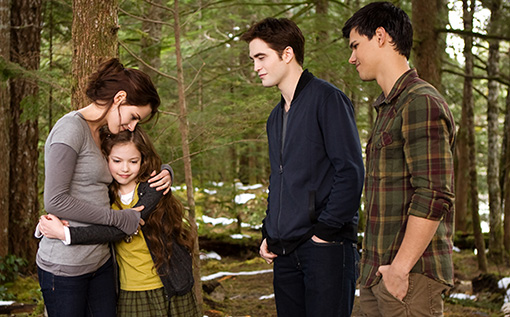 The film, being the 34th highest-grossing film with over $828 million worldwide, is the 6th highest-grossing film of 2012 and the Twilight series. With the release of Breaking Dawn – Part 2, The Twilight Saga becomes the top-selling home entertainment franchise since 2009, having already sold over 50 million DVD and Blu-ray copies to date.  The DVD and VCD will include a seven-part making of the documentary called Forever: Filming Breaking Dawn Part 2, a featurette documenting the commentary from director Bill Condon.

The excitement of this worldwide sensation’s final chapter culminates with a massive home entertainment release that will reach fans and retailers nationwide,” said Entertainment.  Stay tuned for what they have in store for you!