The Bhangra Showdown began as a venture, organised by the Imperial College Punjabi Society, with the aim of raising money for charities whilst enjoying the traditions of our vibrant Punjabi culture. Eight of the UK’s best student bhangra teams: Aston & BCU, Birmingham, Brunel, Imperial, Kingston, King’s College, Manchester, St George’s. Special hosts Jus Reign and Babbu have flown over from Canada just to support the cause it’s their first UK visit! 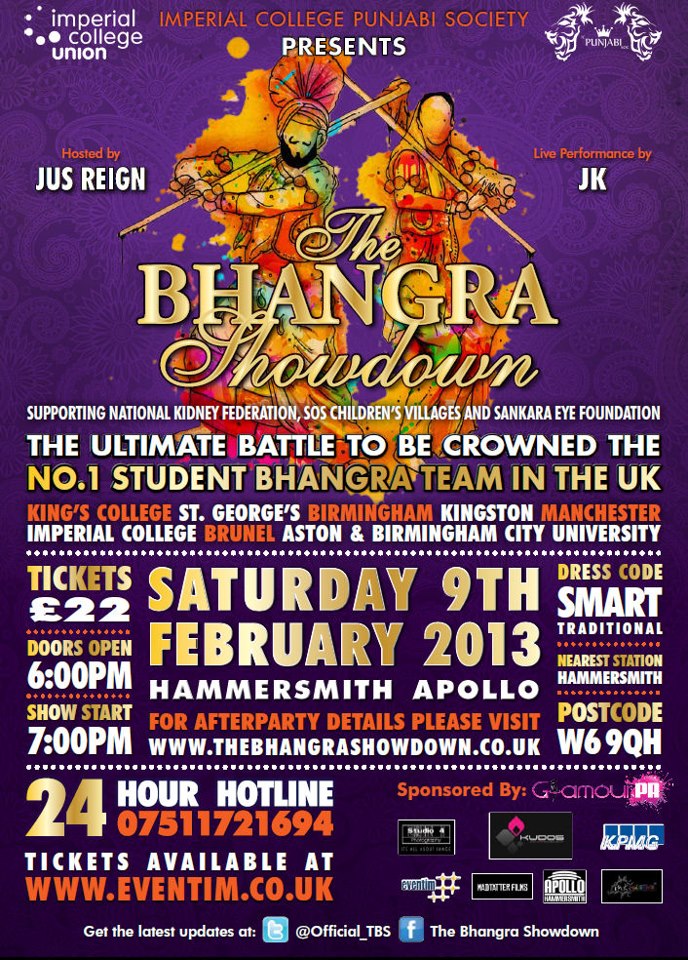 This has been the  longest running bhangra competition in the country! With support from the Punjabi community and university Bhangra teams from across the UK, The Bhangra Showdown has continuously been successful in fulfilling both of these goals: the event has received much media attention as a model for cultural enterprise.

Furthermore they have been able to raise tens of thousands of pounds for charitable causes! Check out the Bhangra Showdown Show on February 9th, 2013 at the Hammersmith Apollo!