We recently did an article on Tamir Khan about his upcoming single on UrbanAsian and now it’s out globally! Following the success of his debut album and single ‘Talaash’ last year, India-based artist, Tamir Khan releases his new track ‘Khuda Tere Bande’ globally.

With a voice reminiscent of Pakistani pop stars Atif Aslam and Ali Zafar, Tamir brings his own unique take to Hindi pop with the new track. UK-based rapper V-dubl-E mirrors his sentiments in his own inimitable style. Tamir is unique in many ways, not only does he write and compose the music to all his songs, but is an accomplished guitarist, a sound that has become synonymous with Tamir’s tracks. He draws musical inspiration from a host of genres and is particularly influenced by Sufi, Alt Rock and Urdu Pop, all of which are set to feature in his forthcoming offerings. He is already in talks with some Bollywood producers with a view to featuring some of his music in a forthcoming feature film.

Tamir is no newcomer to the music industry. His current projects include collaborations with AG Dolla, US producer DJ Kurioo and the legendary Rafaquat Ali Khan. He has also supported Atif Aslam on stage as well as being featured predominately on the Hungama ‘Artists Aloud’ website. Born in Punjab to a military family, Tamir spent his younger days moving around India, and acknowledges that much of his lyrical inspiration comes from his journeys and experiences as a teenager. However, it was in his college days that Tamir got his first true taste of the music industry when he formed a band called ‘Raqs’ and his time with the band allowed him to truly grow as a musician and ultimately pursue his dream as a solo artist. 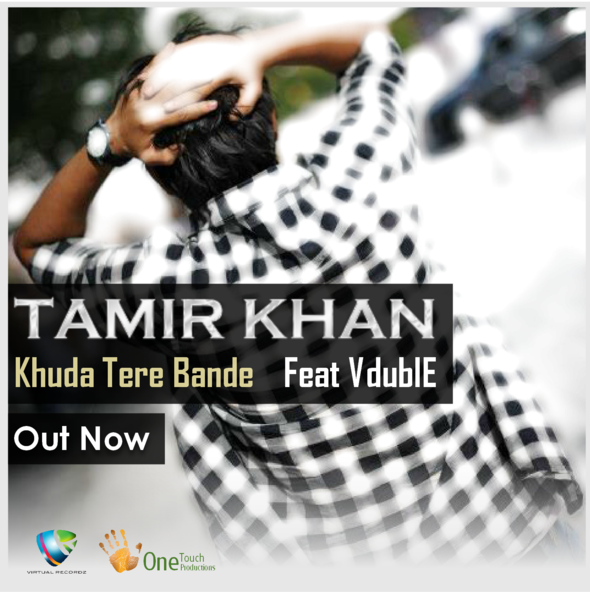 This release marks the start of the next stage of Tamir’s journey… a musical journey that promises great music, powerful vocals, inspirational and heart-wrenching lyrics and a refreshing new sound for 2013. ‘Khuda Tere Bande’ is released on the Virtual Recordz label and will be available NOW via iTunes. Click here to buy NOW from iTunes