Hussnain Lahori wrote and produced his debut single, ‘Harjaee’ which finally released on iTunes! Check out the music video and let us know what you think!

‘Harjaee’ is a punjabi word for a person who takes one’s love for granted. A person to whom a loved one is never the number one priority. Hussnain attempted to paint a picture that reflects the feelings and emotions one goes through when unconditionally loving someone to whom you may never mean the same. The lyrically strong song ends on a very positive message to cherish and value what you have because it may not be there tomorrow. ‘Harjaee’ has strongly been inspired by Nusrat Fateh Ali Khan, Junoon, Mohit Chauhan, Atif Aslam and Sonu Nigam. 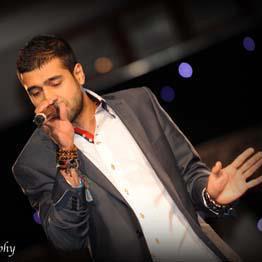 Hussnain, 27 has established himself in the Asian scene as a major artist around the North of England, Scotland and Wales. Having studied Media and Technology at University he took his ‘Hobby’ of singing and performing to another level and is on the verge of breaking out professionally in the coming years. Hussnain has gained a massive following through live performances and YouTube videos.

One in particular which is a cover song originally sung by Rahat Fateh Ali Khan. His acoustic rendition of ‘Mein Tenu Samjhawan Ki‘ reached over 2 millions views and still counting. Hussnain has become a YouTube sensation by interpretation songs into his own unique style. Hussnain is currently working on his debut EP due to be release end of 2013!