The 4th Annual India International Film Festival of Tampa Bay, which will be held for the first time ever at Muvico Centro Ybor in Tampa’s historic Ybor City district is coming to Tampa Bay once again!  The festival takes place from February 15th – 17th. 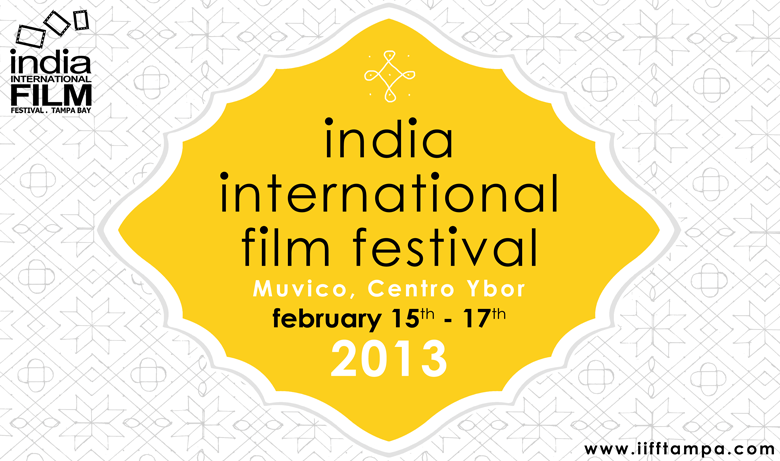 The schedule includes English, Hindi, Bengali, Marathi and Kashmiri films. We hope that these films, while entertaining, will leave audiences with a greater understanding of the Indian subcontinent’s culture, influences and ideologies. This year’s festival will include 14 world premieres and feature over 22 films covering a wide realm of genres from comedy to drama.

The festival is presented by the Indo-US Chamber of Commerce and would not be possible without the support of our presenting sponsor – Drs. Kiran and Pallavi Patel Foundation for Global Understanding in conjunction with Freedom Health.

The dynamic festival begins with our opening night reception on Friday, February 15th at 6:30 p.m.  Filmmakers, actors and screenwriters from around the world will dazzle our grand red carpet with traditional Indian attire and provide interviews for the press before mingling with festival goers.

The opening night feature includes Listen..Amaya directorial which is debut by Avinash Kumar Singh and Geeta Singh, who will both attend the screening. The film brings one of Bollywood’s most loved onscreen pair from the 80’s – Farooq Shaikh and Deepti Naval, back together after over 25 years. Listen..Amaya is a modern, young, contemporary film about relationships, family dynamics, pre-conceptions and priorities. It encapsulates a simple thought that one does not stop living for the future, on the back of memories one has of the past.  The opening night festivities with conclude with a Q&A session with the filmmakers, dinner and an after-party.

The second and third day of the festival will start at 1 p.m. with film screenings in two theaters simultaneously. Historic Ybor city will come alive with vibrant and colorful Indian cultural performances in the Centro Ybor courtyard on Saturday, February 16th and Sunday, February 17thfrom 3 p.m. to 5 p.m!

Films which have won accolades in prestigious events such as the Cannes Film Festival, Toronto International Film Fest, Berlinale, SAIFF and IFFLA will also be shown at the Film Festival during the span of three days.  A few of the films from the 2013 schedule – Gattu offers heartwarming entertainment for both adults and children alike.  The story features an illiterate street boy who has only one ambition in life – to fly kites and reign supreme in the blue skies. He will turn around everything in his small world to string his dream together. With neither money nor education on his side, he sets out to accomplish this goal. The message that resonates strong through this film – dreams aren’t impossible when the desire is strong enough.

Other features include Valley of Saints – a captivating Kashmiri film with international acclaim which was shot in the war-torn yet beautiful Kashmir.  Highway – a Nepali film set against the backdrop of the new culture of bandhs (general strikes) that frequently immobilize post-conflict Nepal.

Highway explores five different relationship stories that become intertwined during an ill-fated bus journey from eastern Nepal to the capital, Kathmandu. Paanch Adhyaay is a Bengali film starring Dia Mirza and Priyanshu Chatterjee which features a story of love found and lost in the lives of a contemporary Indian couple, told in moments past and present. A Gran Plan explores a friendship that develops between a troubled young boy from a broken home and an old lady dealing with the problems that come with age.

The festival will also feature the practice of yoga through the documentaryYoga Is: a Transformational Journey along with a yoga demonstration open to the public at the Centro Ybor courtyard on Sunday, February 17th at 11 am. We will also celebrate this year’s festival with an after-party at Jackson’s Bistro in Harbor Island at 11 pm on Saturday, February 16th.

Individual movie tickets are $10; The Festival Pass, which includes entry into every film screening, and all events of the festival (excluding the Saturday night party), is $75; A One-Day Pass that allows admission into all films and on-site events for Saturday or Sunday is $25; A Two-Day Pass is $40; and if you wanted to attend just the opening night, the cost is $50, which includes dinner and cocktails. Tickets and Passes are available online at www.IIFFTampa.com, and at the event.