Humaima Malik is a stickler for propriety, especially when out and about abroad – a fact that has earned her much admiration from the Pakistani home base. We all know staying in the limelight is difficult, but it is even more difficult to stay in the limelight for all the right reasons. 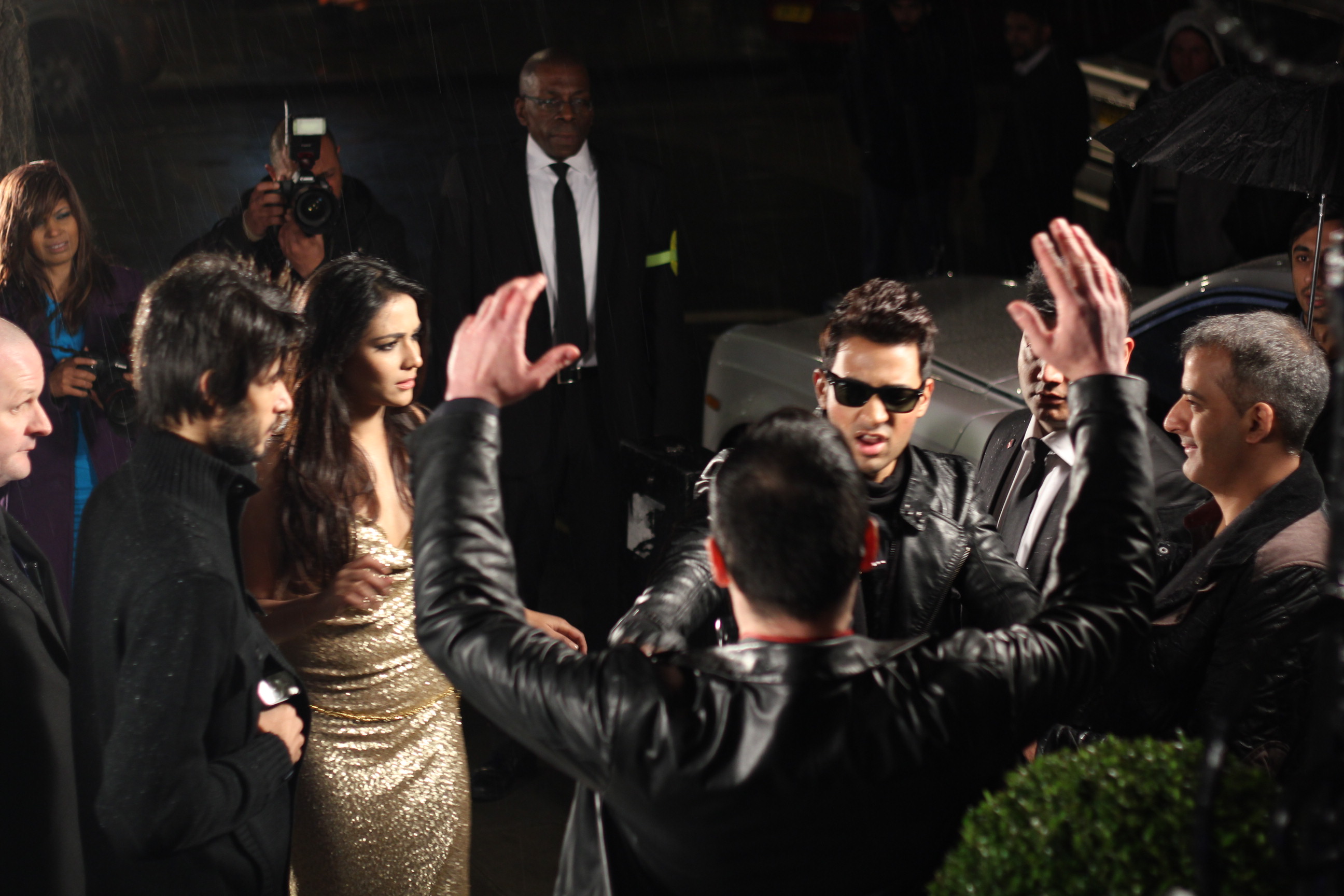 Humaima Malik has so far done exceedingly well by being one of the most reliable Pakistani ambassadors abroad currently. However, it is clear that some people may have contrary ideas when it comes to stars and their shine.

The fun loving young actress was out on the town in London recently celebrating with friends when she inescapably found herself at the centre of a rather uncouth street brawl. The reason was simple enough – the quest to get a picture with the beautiful Humaima Malik.  Malik who was followed by the fans and press alike as she made her way to a trendy London hangout, was caught up being the object of admiration of two overzealous male fans each of whom wanted to be the first to have their picture taken with the Pakistani beauty.

The picture shows a shocked Humaima trying to smooth out the situation by pacifying the two gentlemen. A brave move indeed when fists are flying! The fight was eventually broken up and a relieved Humaima was rushed in the building to join her entourage of friends and well-wishers. Now that’s what you call cutting it close! Phew!