Renowned Pakistani singer, actor and artist Ali Zafar is now working on his 4th music album after producing three mega hit albums, Huqa Pani, Masty and Jhoom. Interestingly, his 4th movie Chashme Baddoor is also set to be released on February 22nd, 2013, Ali has given his fans much to look forward to during the coming year, the year of ‘four’ for him. 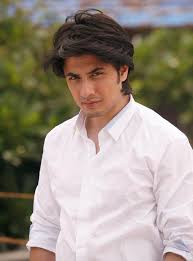 Ali Zafar’s fans who had been waiting and asking the star about when he would release a new music album will be pleased to know that he is working on the 4th compilation of heart rendering melodies. On being asked what fans should expect from this compilation, Ali Zafar replied,

‘Right now I am just in the process of unlearning and breaking away from the norm, i am rediscovering, experimenting..’

After giving two hit pop albums, he had experimented with Sufi music in the 3rd album titled Jhoom, which was released by YRF music and topped the charts in both Pakistan and India for several weeks. Jhoom also won the best album award at Pakistani fashion and entertainment industry’s Oscars, LSA, this year.

Recently, Ali Zafar gave an electrifying performance at the Punjab Youth Festival 2012 in Lahore in front of a crowd of 70, 000 people. With renditions of some of his most popular hits, he soon got the crowd on its feet in time to the music. The event also saw Pakistan’s attempt at entering the Guinness World Records for the largest human flag formation by 70,000 people, and the “most people singing the national anthem simultaneously!”