Introducing Hamid Ali, a British Asian Qawali artist, and a unique talent set to embark on a musical journey in 2012. Inspired by the traditional sound, Hamid Ali is a young, fresh voice who combines his Western upbringing and influences with classical Qawali music. The new singer from Bradford, just released his debut single ‘Jadoo!’

In the last two years, Qawali music has continued to broaden it’s reach to the mass South Asian community around the world. In the UK, the sounds of Qawali is most common amongst the World Music circuit, through the continued presence of the work of the late great Ustad Nusrat Fateh Ali Khan and Qawali is now a hugely popular sound in contemporary Bollywood music, after the global hits of Rahat Fateh Ali Khan. 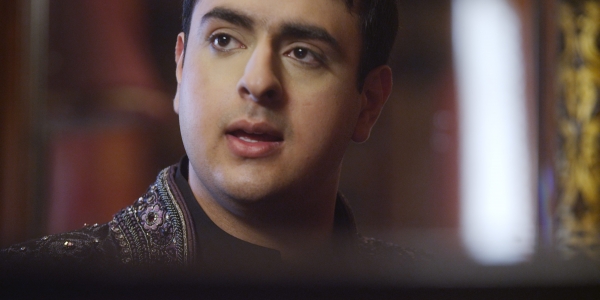 Hamid Ali is a new British Qawali voice, and ‘Jadoo’ is a stunning first taste of what is to come from an immensely gifted singer. Hamid Ali explains:

“I grew up listening to the sounds of Qawali. From a young age, I learned how to sing some of the famous songs of the great Nusrat Fateh Ali Khan. To me he is the most iconic artist in the world. I hope one day my music and my voice can reach out to the extents that his did and I’m excited about my first release ‘Jadoo’ to start my journey. Given that I am British, I hope that the British Asian community will support me and my unique style of music. I hope that in the next couple of years my voice will be heard in Bollywood.”

‘Jadoo’ is the debut release from Hamid Ali and is a beautiful ballad showcasing the tremendous range of his vocal ability. The video takes you to the exotic island of Malta, and has a distinct Bollywood feel to it, adding stunning visuals to one of this year’s most heartfelt love songs. Be sure to get it on iTunes today!