We here at UrbanAsian like to make sure we keep you in the know for all things music.  So, it is with great pleasure we introduce to you Sullee J. Sullee is a gifted hip-hop artist from Baltimore, Maryland.   The overall positivity of his music has already touched a deep chord with his fans around the globe from Baltimore and New York, to the international scene in countries like Norway, Uganda, Ireland, France, Germany, Africa and Russia, to name a few.  His optimistic outlook and engaging lyrics make him a unique and formidable rapper in today’s hip-hop scene.
Sullee J’s star is definitely rising (and quickly!) as he has performed for major acts in the industry such as, Maino from Bad Boy, DMX, Waka Flocka, Travis Porter, DJ Drama, Cash Money Jay Sean at Spring Jam UIC in Chicago, Mos Def in Oslo City, Norway, Lomaticc, Sunny Brown and Baba Khan in Fairfax, Va, and DJ Whoo Kid in the “Hustle 2 Hustle Lets Build Festival” in Newsport News, Virginia, DTP, Jive Records, B.E.T’s DJ Aries at the Atrium in Atlanta, GA and many more.
Earlier, Sullee J’s singles “Nothing Else Matters & Billy’s Conscience” had led him to be the first Pakistani artist, and still the only one to hit mainstream radio stations from his race across the country, along with over 7 other countries which played various singles of his from “The Consequence” album.
Sullee J was awarded national recognition on FOX News and CBS News in July 2009 for his single ‘Billy’s Conscience,’ which raised awareness for Billy’s Disease. The disease is named after Billy Anderson who suffered from an unknown and undiagnosed disease. In June 2009, Sullee J visited with Billy and his family in Oklahoma to promote fundraisers to find a cure while performing ‘Billy’s Conscience’ at various charity occasions. Subsequently, he was praised in a CNN iReport for his charitable work and artistic prowess.
Sullee’s all set to bring to you a new track called “Weakness of Man!” Check out the promo below. 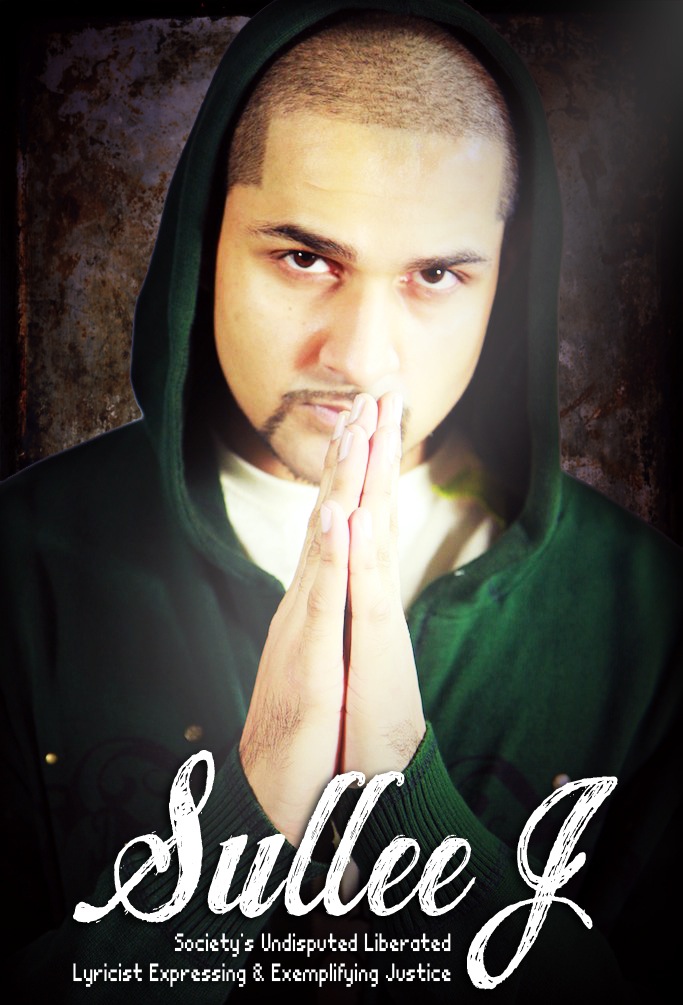