28 year old, Ranbir Kapoor, has bagged the title of “Sexiest Asian Man” in London magazine “Eastern Eye” beating out other hot hunks like John Abraham and Hrithik Roshan, with an overwhelming victory. Eastern Eye editor, Asjad Nazir, reveals that this is the first year where a star won with such a huge margin. 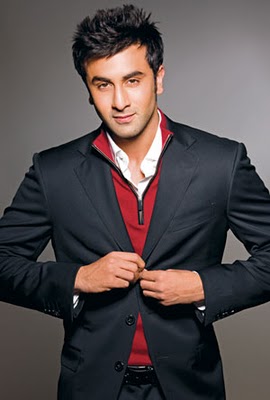 “If the women didn’t like me I would feel that something is going wrong, but it feels good.” Ranbir (not-so-humbly) reflected to the Times of India. “I do understand that the fans I have comprise mainly of women, it feels good to be wanted by so many women.”

Ranbir Kapoor is screen legend Raj Kapoor‘s grandson and is the son of film superstars, actor Rishi Kapoor (Raj Kapoor’s son) and actress Neetu Singh.  Ranbir catapulted to fame with his debut “Saawariya” and quickly became the new heartthrob of the nation.  However, more than his movies, his off-screen affairs have kept him in the press.  Most recently, he has been linked to Katrina Kaif.

In case one hunk is not enough for you readers, here’s a list of the remaining top 5 Sexy Males.  John Abraham bagged 2nd place, while Hrithik Roshan occupied the third spot. Our very own, R&B star, Jay Sean, snagged fourth and Pakistani singer-actor Ali Zafar bagged the fourth and fifth spots.

Who would you have picked for #1?  Do you agree that Ranbir Kapoor deserves this spot?