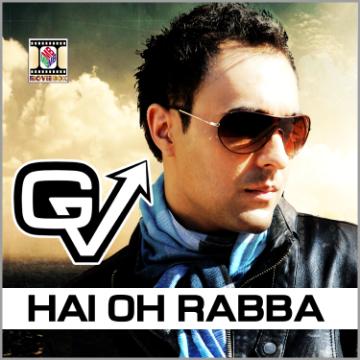 UrbanAsian is all about bringing you the scoop on upcoming artists. GV is one such artist who we feel will quickly be making waves in the music industry. He is an exceptionally talented writer, composer, musician & producer, who first came onto the scene in 2009 when he produced Jaz Dhami’s “Gabroo”. He also co-composed the single “Roj Miliye”. Now, GV is set to release his debut album ‘From The Ground Up’ (featuring collabs with Jaz Dhami, Nirmal Sidhu, Master Saleem) December 2010 on Moviebox!

“Hai Oh Rabba” is the first single to be released from GV’s jam packed album and features the vocals of UK Born singer Jati Cheed. The song has been written, composed and produced by GV. The song is now out on iTunes