UrbanAsian.com is all about bringing you the hottest articles and even hotter interviews. We now present you with an exclusive chat with one of the hottest bhangra artists in the world Panjabi MC. 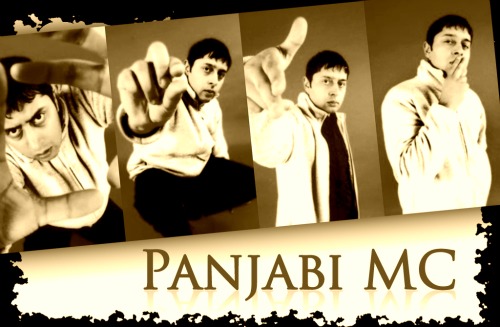 Panjabi MC (born Rajinder Rai) is a UK Indian artist who made a splash in the world of music way back in 2003, when his single “Mundian To Bach Ke” took the world by storm.  “Bach Ke” became the first Punjabi rap song to have mainstream success in the US and Europe.  The song became American gold when rapper, Jay-Z, helped make the song (and Panjabi MC) a household name by doing a remix called “Beware of the Boys”.  MC’s back again now to blow you all away with his latest album, “The Raj”.

UA: It’s been a couple years since we last saw a Panjabi MC release (MC’s last album was in 2008 – “Indian Timing”). Your fans are eagerly anticipating your new album: “The Raj”. Please tell us a bit about this album. How did you decide on making such an epic 18-track album?

MC: I like to fill the CD with the full 80 minutes of music. ‘The Raj’ is named after myself because I think it is one of my best albums to date.

UA: Your album titles typically seem to have a cool story attached to them. Is there one for “The Raj” and how did you come up with the name?

MC: It’s also the name of the title track, which tells the history of Punjab. I have always been interested in the history and I did some research into it and what developed was the rap for ‘The Raj’.

UA: Which song from the album is your favorite?

MC: That’s a tough one! I have many favorites so I wouldn’t just pick 1. ‘Salute’ is a track about the soldiers and reflects on family vibes, ‘The Raj’ also is one of my favorites and then you have the dance floor bangers such as ‘Moorni’ ‘Nach Di Di’ and ‘Jatti’. Also Jodi – Big Day Party is up there because I got to work with the legend again, ‘Kuldeep Manak.’ 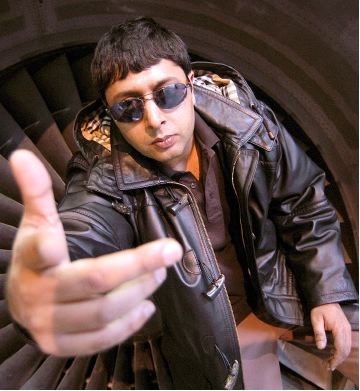 UA: Your biggest hit to date has got to be the smash hit “Mundiyan To Bach Ke.” Did you / do you feel any pressure to match the popularity of that song?

MC: Not really, I always produce songs that I think will grow as big as ‘Bach Ke’ one day, as you know it was 5 years after initial release that it became a global hit. As long as I can still rock a dance floor with my tracks, I feel like my job is done.

UA: You’ve collaborated with big artists in the past, including the King of Rap himself, Jay-Z. What was it like working with Jay-Z? Do you think you will collaborate with his equally talented wife – Beyonce – any time soon? How about other US artists?

MC: Never say never!! It was an amazing moment when I realized that the biggest rapper wanted to rap on ‘Bach Ke’, and who knows what the future may bring.

UA: If you could only pick bhangra or Bollywood (in terms of songs), which would you pick and why?

MC: I’ve got to say bhangra, because that’s the music I grew up on, although Bollywood is bringing the bhangra elements into their tracks too. I love desi music, the likes of Yamla Jatt, Manak and Shinda are some of my favorite vocalists.

UA: Your songs have often been featured in Bollywood movies – Will your fans ever get to see you act in any (*hint hint*)? 🙂

MC: Now that would be a good film!!! I’m busy with my music right now but again I would never say never!!!!

UA: Which artists would you say have influenced you the most and which artists (whom you’ve worked with) have been your favorite?

MC: Love all the desi artists from back in the day and rappers such as KRS1, Dre, Big L and the legend James Brown.

UA: Can we expect a tour in the US for your fans anytime soon?

MC: We are working on this and we will let you know when dates get set. It’s been a while since I toured the states so I can’t wait to tour again. There should be gigs happening in 2011.

UA: Is there anything else you would like to say to your fans and the readers of UrbanAsian.com?

UA: Thank you for taking the time to do the interview! Wishing you continued success and all the best for your new album!

MC: Thank you too