DJ SANJ is poised to take over the number 1 spot on the World Itunes Chart!  DJ Sanj has his music roots in Toronto, Canada, but over the past decade he has escalated from a local DJ to International Superstar. DJ Sanj is the only producer to have multiple production deals with Bollywood Giant Eros Entertainment, Universal India and UK’s Largest Brit Asian Record Label MovieBox. DJ Sanj is perhaps best known for his mix of “Twist” featured in the Love Aaj Kal soundtrack (see below).

DJ Sanj is one of the hottest DJs in the industry.  Following this Bollywood success, he’s back to reclaim the Bhangra scene.  His collaboration “Teray Husan De Mare” with Master Saleem (also a singer in Love Aaj Kaal) is now battling for the Top Spot on the ITUNES World Charts.  His album “American Desi” has broken the Top #10 and is at #9 on the iTunes World charts.  In fact, this year, he is the only South Asian artist to consistently feature on the top 10 World Charts on iTunes for his songs and album.  With your support, he’ll be able to over take the number 1 spot from pop song “Over the Rainbow” So point your browser to iTunes and download this hit song! 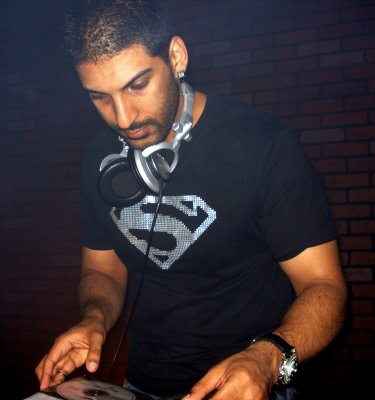