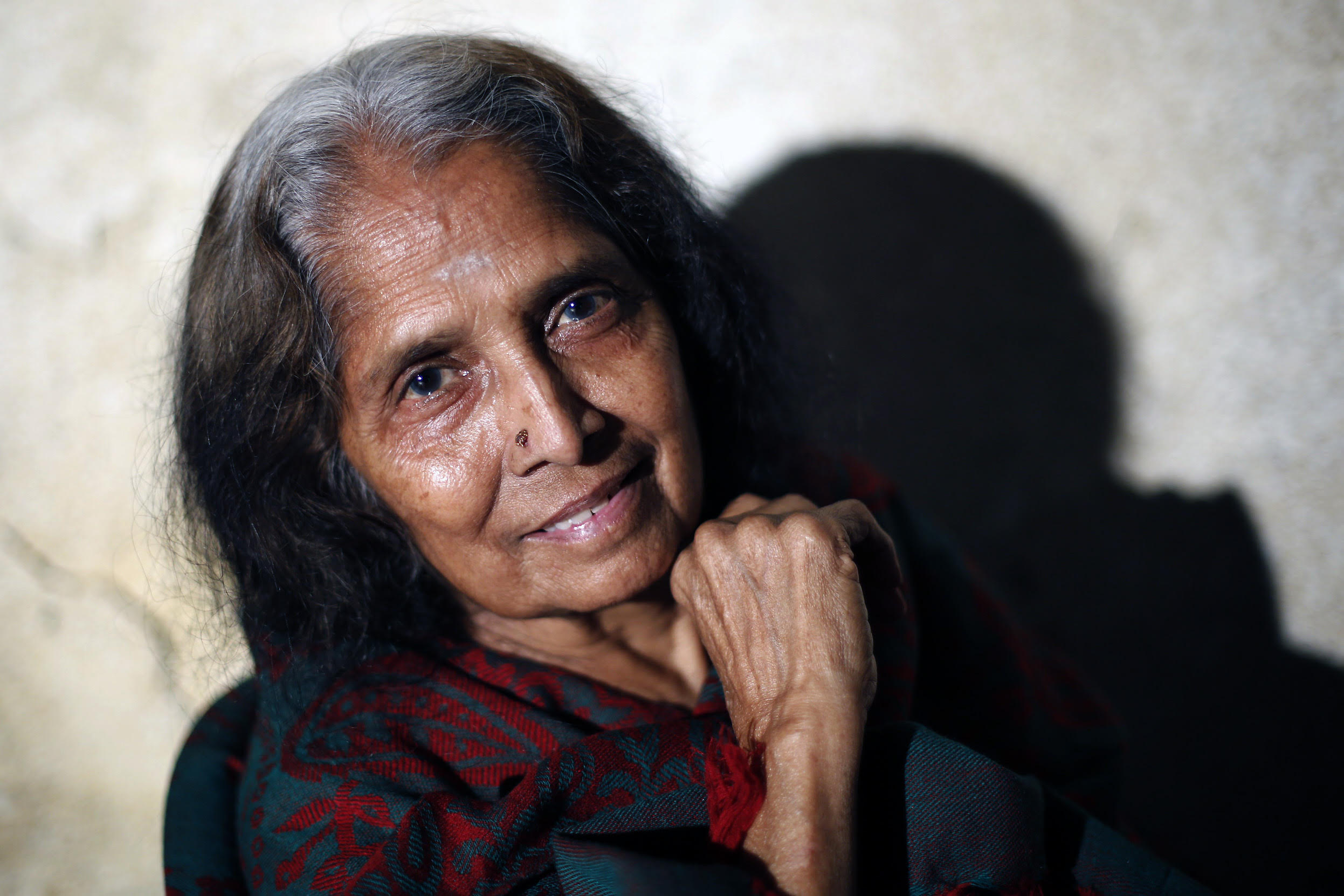 International auteur Majid Majidi seems to be leaving no stone unturned to making his first Indian story a truly authentic experience. After bringing on board the best of India’s technicians and young artists – he’s all set to bring on board veteran and respected South Indian actress GV Sharada on board ‘Beyond The Clouds’.

Produced by Zee Studios and Eyecandy Films, ‘Beyond The Clouds’ is Majid Majidi’s Indian story for a global audience. Based on human relationships, the films covers the nuances of an adorable brother-sister relationship that offshoots into many more interesting situational aspects – a style Majidi is well known for.
Coming from the family of the famous pioneer of South India’s theatre movement – Gubbi Veranna, Sharada started her career with many theatre acts and gradually moved onto doing nearly 60 films in her career span. She was well known for being able to perform lengthy dialogue based and intensely emotional scenes with incredible amount of ease and naturalness. She will be now seeing essaying the character called Jhumpa in Majidi’s ‘Beyond The Clouds’.

Talking about her joining the cast of such a prolific film, GV Sharada says:

“I’m so glad to be making my comeback after 15 years for a director who I consider as a cinematic God Majid Majidi and for a story as beautiful as ‘Beyond The Clouds’. I am extremely thrilled and looking forward to working with such a phenomenal team – both artists and technicians and the wonderful team at Zee Studios and Eyecandy Films.“

“It was amazing to see such a seasoned actress have her level of enthusiasm. She went through the entire casting process just like anyone else wanting to do the role would – meetings, screen tests – the works. She was even asked to lose some weight which she took up and did with so much grace. For someone in her 70s, it is a mean feat but she was willing to make it all happen. We are delighted to have her as part of our film’s cast which is now a wonderful blend of young pulsating energy and the depth and balance of experience.”