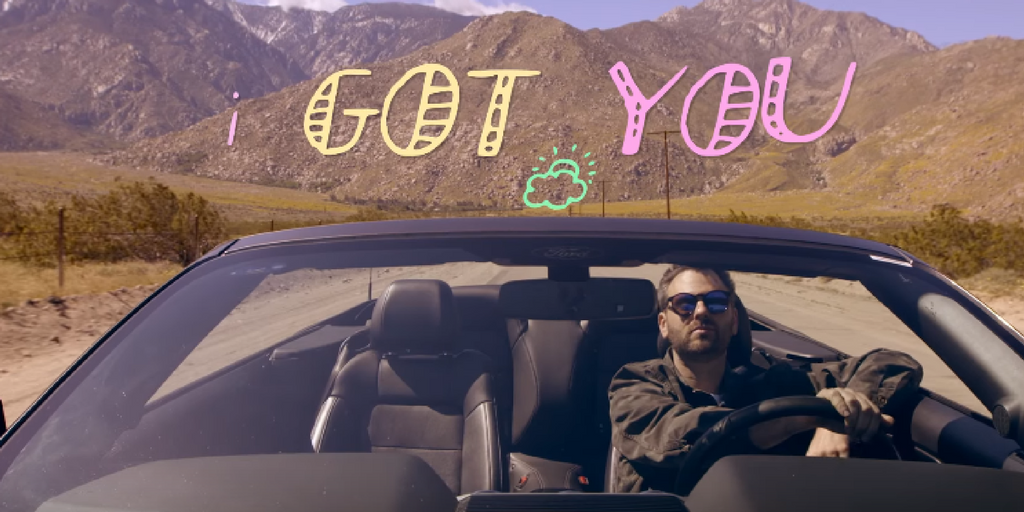 Outasight just released a new a soulful, funky, feel good song, I Got You, with visual to go along! The track is off of the singer/producer, Richard Andrew’s third album, due out this summer.

“I hope this song makes you feel the same way it made me feel when I first listened to it in my car. I hope that the last hook gives you the chills.”

Born and raised in New York, and now residing in Los Angeles, Richard’s popularity steadily climbed through a series of mix tapes before landing a record deal with Warner Brothers. His debut album, Night Like These, featured the platinum selling “Tonight Is The Night” and follow up single, “Now or Never.” Both songs were pop radio mainstays. Outasight spent the next few years on the road performing at such festivals as Lollapalooza, Governors Ball, and the Warped Tour.

His follow up album, Big Trouble, was released late 2015. The album included stand out singles “The Wild Life” and modern funk anthem “The Boogie”. “The Wild Life” was featured in the Bud Light Lime & Mountain Dew summer campaigns and several films. “The Boogie” has been omnipresent in pop culture over the past year. The party jam was selected to be in the “Apple Watch 2” campaign, the opening introduction to the NBA Primetime on ABC, and also the credit song to the box office blockbuster, Central Intelligence. His new single, “Do Something Crazy”, was released late summer of 2016. The song has already been featured in a film (Mike and Dave Needs Wedding Dates) and the soundtrack to the legendary video game, Madden 17. Currently Outasight is working on his new album, slated for release summer 2017.