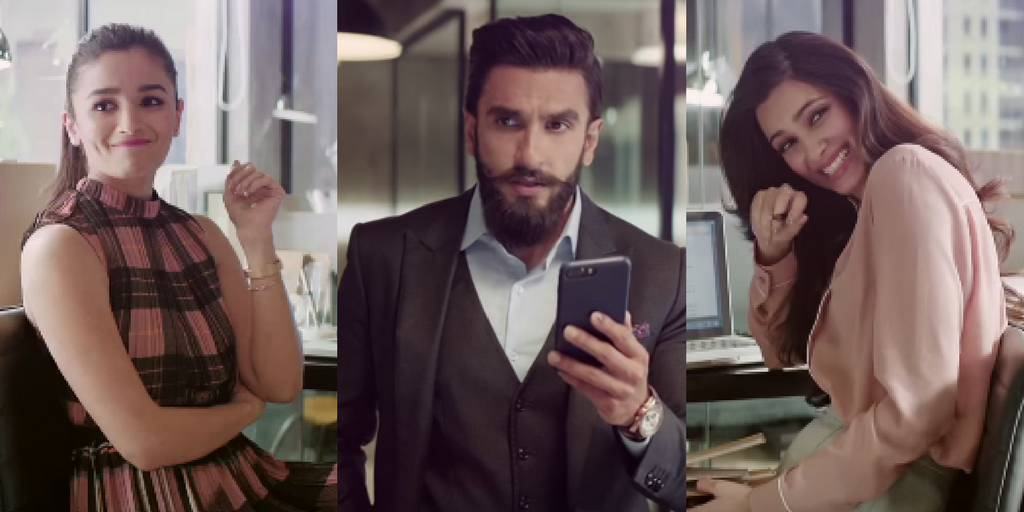 Although Alia Bhatt and Ranveer Singh haven’t been seen in a film together yet, the two have appeared in quite a few television commercials for a travel aggregator. This time they’ve been joined by the beautiful Diana Penty.

In the new commercial, the two girls are taking on Ranveer and the results are hilarious! You shall get to see a string of puzzled and hilarious reactions from Ranveer!

Fans are in love with the commercial and are hoping to see the trio together in a film soon. Whereas, Karan Johar is soon planning to start a movie named ‘Gully Boy’ which stars Alia and Ranveer in lead roles.

Ranveer Singh is currently shooting for ‘Padmavati’ while Alia will begin shooting Ayan Mukerjee’s ‘Dragon’ later this year. Diana will be seen next in ‘Lucknow Central’.