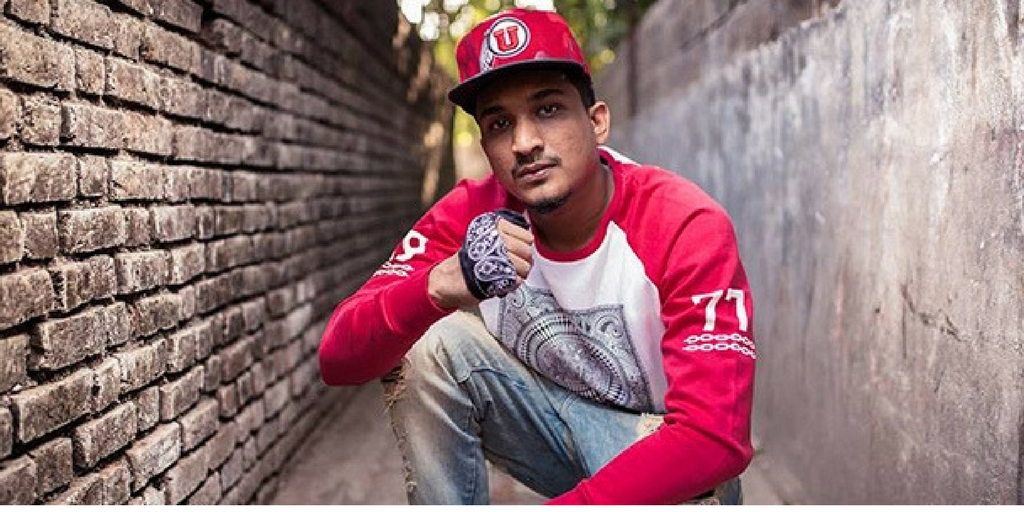 The rap-star, who is repped by One Digital Entertainment will face off with another rapper from Delhi in the rap battle. Naezy will also feature in its slick music video along with Riteish and ‘Bank Chor’ lead actress, Rhea Chakraborty.

Naezy is currently riding on a high as Ranveer Singh plays a character inspired by him and rapper divine, in Zoya Akhtar’s upcoming film, ‘Gully Boy’. Known for his unique ‘gully’ style, he exploded on to the indie music scene in India in 2014 with a DIY music video of his song, ‘Aafat’ that went viral, and launched him in public consciousness as a voice and style to watch out for.

The 23-year old is excited to introduce his Mumbaiyya rap in mainstream Bollywood with ‘Bank Chor’. He says:

“Super stoked to jump on this battle rap song of Bank Chor for Y films and represent my city. They were looking for someone fresh and authentic and if it’s about representing who else could do it better than a gully rapper! I’m honored to be involved in the music video as well. I’m looking forward to rock it, would be my first appearance as a Bollywood rapper. I’m full too excited!”

“I have had a fantastic relationship with Y-Films so far through our Cannes award-winning project the 6-Pack Band. So doing a song for their new movie, ‘Bank Chor’, is an extension of the same spirit of doing something quirky and hatke. The rap battle has never been done in Bollywood, so it only made sense to have Mumbai’s gully boy Naezy on its aur usne macha di hai!”

“Bollywood has heard and loved Punjabi hip hop in the recent past but they have still not been introduced to Mumbai’s Gully style. Naezy’s rhymes have brought a street swag to our song, and we can’t wait to introduce him to Bollywood fans!”

The track will be launched in the last week of May with a promotional music video, preceding Bank Chor’s release on June 16.