Master-D, an International Bengali Urban Artist, is back with another club anthem video titled “Desi Chick” premiering on AVS TV & UrbanAsian.com. Check out our exclusive premiere of the world’s first Bangla Urban video! Peep below!

http://youtu.be/3bdfaVbKhyM
After his immense buzz creating the world’s first R&B Bangla single – Aye Raat, becoming track of the week on BBC Asian network, Master-D is destined to make noise in the Bangla music scene once again.

With his signature platinum sound and urban influences, Master-D amassed over 10,000 downloads of Aye Raat and is here to set the bar now by releasing a follow up smash single accompanied by a music video shot by Amit Kehar from Gin and Tea. When asked about the release Master-D said:

“I wanted to step it up after my Twitter and Facebook feed blew up with comments from Bengali fans from around the world. They never heard a song like Aye Raat! Actually radio stations have never heard a song like it either. So I decided I’d connect back with Amit who created amazing visuals for Baarish and give everyone the real urban feel with Desi Chick” 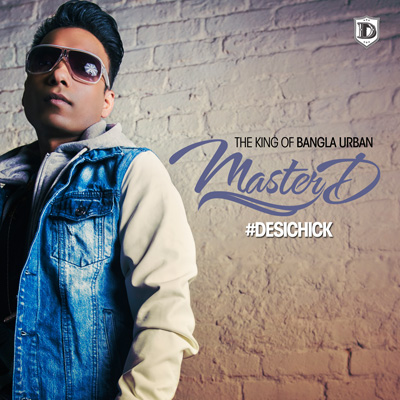 Desi Chick’s single has already premiered exclusively on Nadia Ali’s show and is now on the BBC Asian Network playlist alongside Imran Khan, Taz Stereo Nation and Sukshinder Shina to name a few.