Has that smile been missing since long? Well, now your lips can get the upper curve, for Salman Khan‘s ‘Tubelight’ teaser poster is here; and this poster shines bright, literally!

Set in the backdrop of sunrise and featuring Salman‘s back, ‘Tubelight’ first teaser poster is rather mystifying when you try to figure Salman Bhaijaan‘s character in the movie.

His clothes (he wears formals and a monkey cap on that, in what seems to be a very hot climate) will make you scratch your heads, and yet create an air of mystery.

This teaser poster is also inspiring, thanks to the tagline ‘Kya Tumhe Yakeen Hai?’, which again assures us that our most loved superstar strongly loves and believes in his own self, a quality which rarely people possess, and we are dying to see!

Check out the poster and let me know your views: 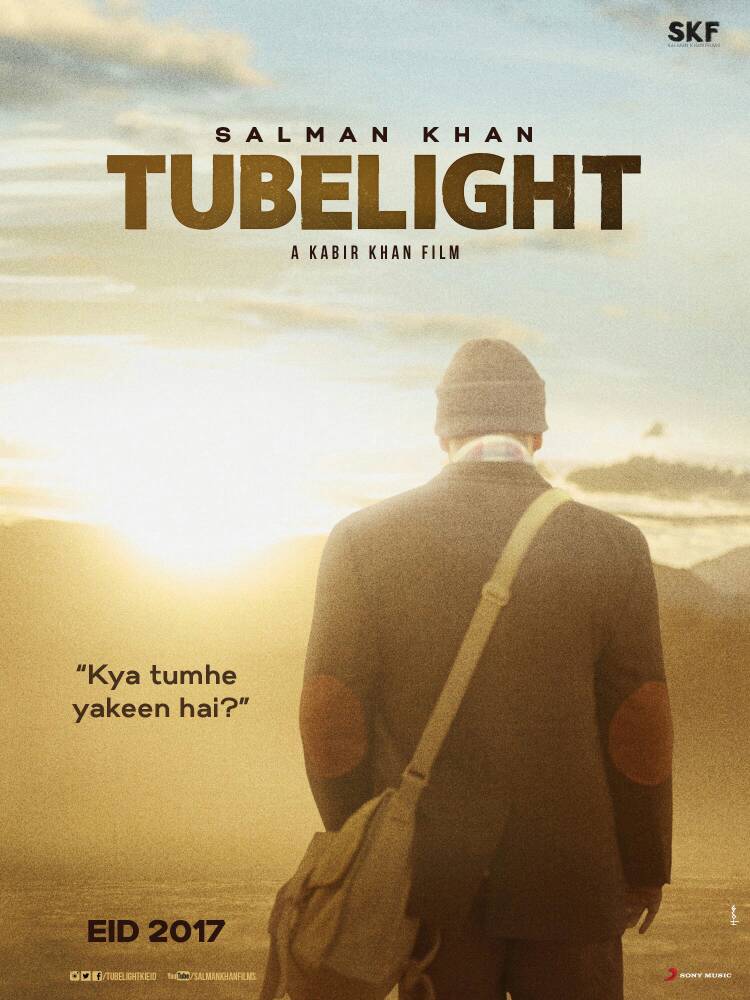