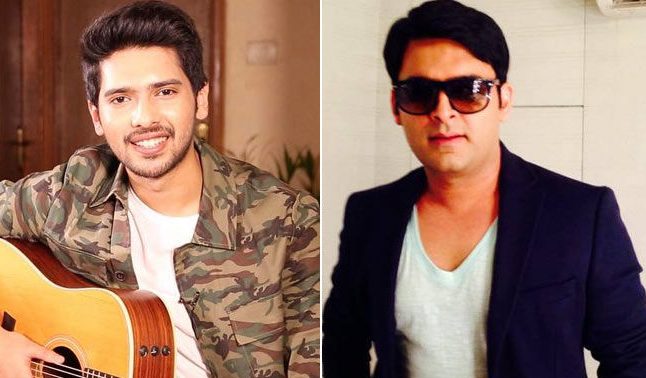 Singer Armaan Malik, who has crooned prominent songs like Sab Tera, Naina, Jab Tak and several others, took to Twitter to clarify controversies surrounding his brother and famous composer Amaal Malik, himself and Kapil Sharma.

Ever since Kapil’s fallout with Sunil Grover, news about Kapil’s bad behaviour has been doing the rounds. To add to that, it was reported that brothers Amaal and Armaan  stormed out of the sets of The Kapil Sharma Show.

Armaan clarified that no such thing happened!

“Just saw a few articles about me and my brother leaving The Kapil Sharma Show from the sets. It’s totally wrong and bullshit”.

Explaining his absence on the show, Armaan further added:

“Let me just clarify – I was not supposed to go to The Kapil Sharma Show. I was in Bhubaneshwar (Orissa) for a show at the time and Amaal did not attend it because he had an important meeting. All this was conveyed by our management to the people concerned at the show.”

“Stupid how people make controversies and try to bring #KapilSharma down. He is a very talented artist and me and Amaal Malik had an amazing time the last time we were on the show.”

The Sab Tera singer also requested the media not to tarnish Kapil Sharma’s image for no reason!