“Being a PR guy talking about ‘feminism’, may seem as if I am siding with some of my controversial hoity-toity Bollywood clients. However, I feel that people from the Indian film industry often objectify the word,” says Bollywood PR guru Dale Bhagwagar who has been a publicist to some of the grittiest female celebrities. 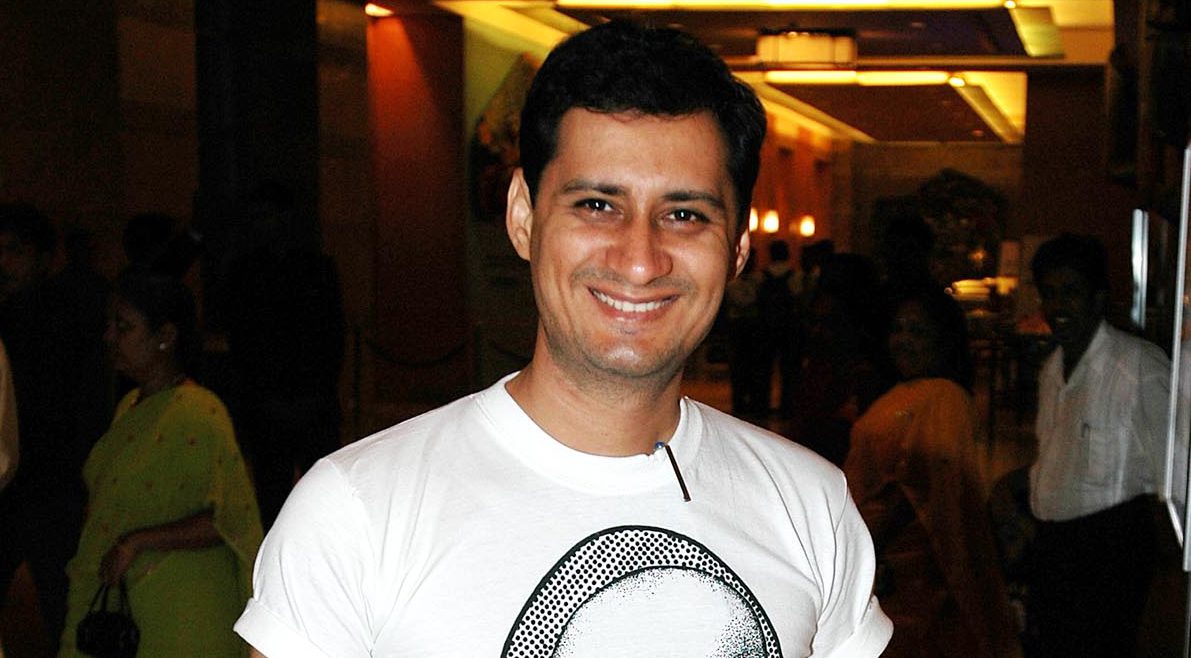 As a Bollywood public relations professional and a spokesperson to many celebrities, over the years you’ve worked with several female clients who have been scrutinized by the media in one way or the other. What was your journey like, working with women in the spotlight?

Luckily, I have had a chance to work with some of the boldest and strongest ladies in the industry. I don’t know why they have an affinity towards me, but over time, mostly all my PR clients have blindly trusted me while I have been in charge of their brands and images. And that’s something I really feel proud about. Of course, my PR clients hire me for publicity, hype and crisis management… but I have always told them to follow their hearts. And you know what? The media automatically loves stars who do things from their heart. 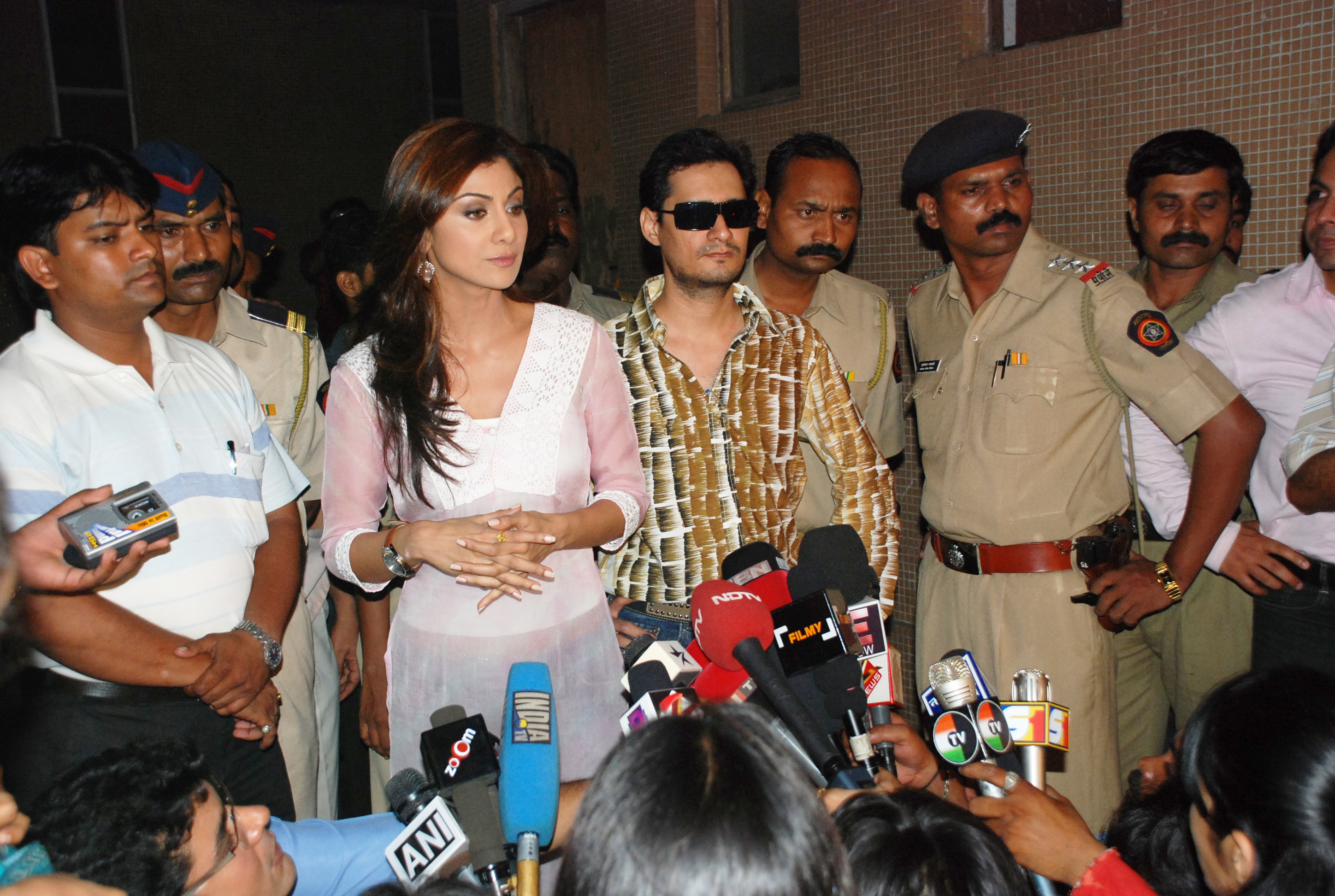 Yes, we feel that is how Shilpa Shetty won Celebrity Big Brother in the UK while you were handling the media for her in the outside world.

I worked with her for almost seven years, and found her to be one of the most genuine persons in Bollywood. Apart from being a good actress, she has always been a compassionate human being. And all that goodness worked for her magically on the reality show. See, on a show like Big Brother where cameras follow you 24×7, one can’t follow a PR strategy or have a plan. Because it could all go for a toss there. The best plan is to be your real self and if one is a good person, that comes across on TV. But then, Shilpa is much more than just a good person. She is also a fighter and that stood her in great stead on the show. Apart from winning it, she emerged an international icon against racism — a kind of unique brand for the whole world to look up to.

Aha! Love the way you describe it. You also handled the PR for Priyanka Chopra in her initial days as an actress. Didn’t you?

Yes, I found Priyanka an extremely focused and professional person. After she became Miss World, during her initial days in Bollywood, she faced a lot of controversies and it was interestingly challenging for me to handle her media work for around two years. 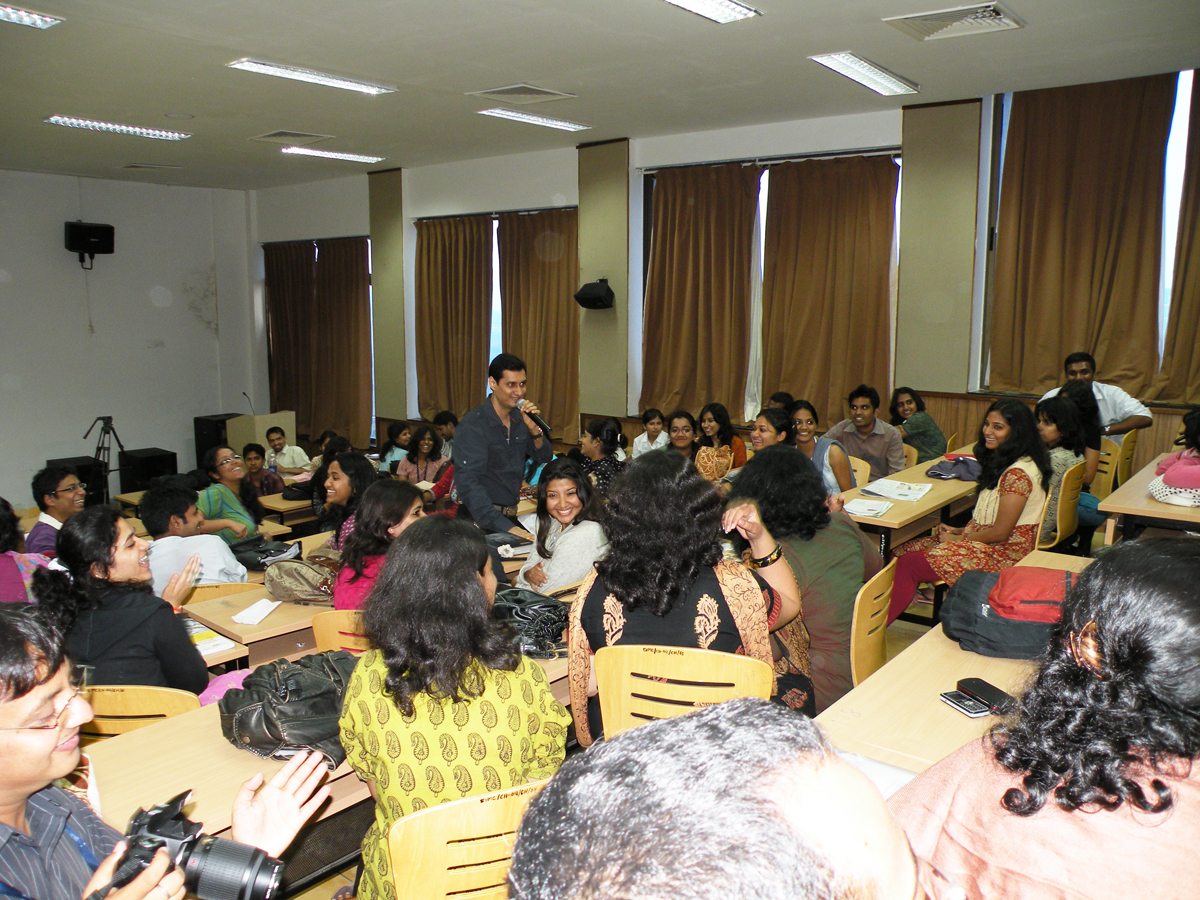 You’ve had several instances where your female clients were subject to false rumors and defamation. How easy or difficult is it for publicists to control such rumors about women when compared to male clients?

I’ve worked with a lot of male artists too, like Hrithik Roshan, Randeep Hooda, Govinda, Vivek Oberoi and even with the evergreen legend Dev Anand; a charmer of women even in his eighties. But let me be brutally honest with you. Handling the media for a female artist is much easier than publicizing with a male artist. Because the media is always more attracted towards the female form. Television media runs for footage, and the print and internet media laps up their pictures for news, web wallpapers or photo galleries. While I was looking after the PR for Shilpa Shetty, yesteryears Hollywood superstar Richard Gere planted pecks on her cheeks at an event, and the media went gaga over it terming the pecks as kisses. The news hit front page headlines and I had an amazing PR time encasing the hype for almost a month across all media platforms. I wonder if the media would have gone berserk like that if say, Angelina Jolie had planted pecks on an Indian male actor’s cheeks. Do you get the drift? 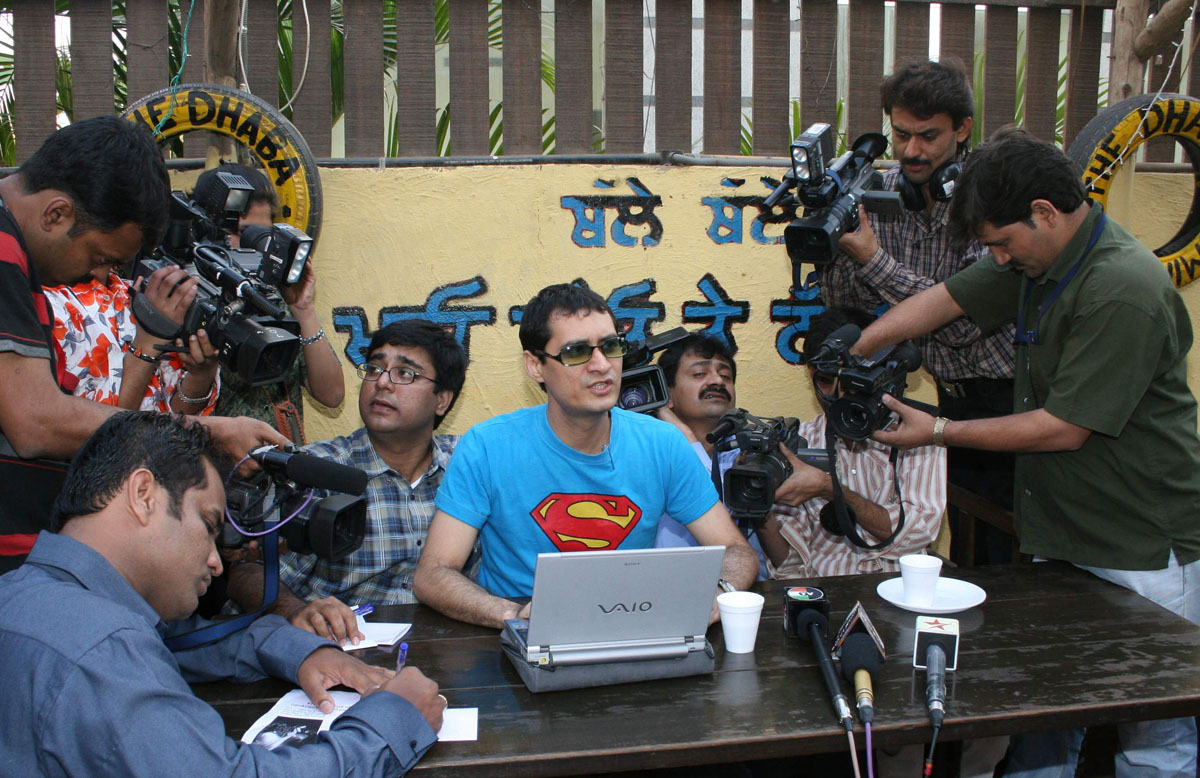 Yeah! Talking about hype, do you think Bollywood is frivolous about feminism?

Being a PR guy talking about ‘feminism‘, may seem as if I am siding with some of my controversial hoity-toity Bollywood clients. However, I feel that people from the Indian film industry often objectify even the word.

Any instances of women empowerment that you have dealt with, which stuck with you or taught you a life-lesson, if any?

Oh, there have been lots. Writer and filmmaker Vinta Nanda who has been one of my longest-running clients, has been a crusader when it comes to women empowerment. And I have had a lot of chances to work on social awareness projects with her. In fact, it wouldn’t be wrong to say that I am the only spin doctor from Bollywood who has managed loads of mileage for charity and social causes. I’ve publicized an annual conclave called Elevate dedicated to the uplift-ment of women, been part of the Jaag India Movement during Mumbai floods, The Village Project NGO, a short-film festival Vastav – The Reality, and a civil societies revolution movement Staying Alive. Plus, I’ve worked of the PR for projects of The Third Eye program in Mumbai; in partnership between the ‘Asian Centre for Entertainment Education’ (ACEE), India, and ‘Hollywood, Health and Society’ (HH&S), Norman Lear Centre, University of Southern California, Los Angeles, USA, and funded by The ‘Bill & Melinda Gates Foundation‘. All of these have centered around women and spearheaded by Ms Nanda. Apart from them, I’ve worked for Renuka Chaudhary’s (a former Union minister of State for Ministry of Women and Child Development in the Government of India) daughter, Poojita Chaudhary’s documentary Gender Bender. Also publicized Miss World Diana Hayden’s contribution to building homes in Los Angeles under a charity project called Power Women, Power Tools. And yes, apart from some thirty odd movies, I’ve handled the PR for Priety Zinta’s woman-oriented super-hit starrer Kya Kehna during the time I started out in my profession. 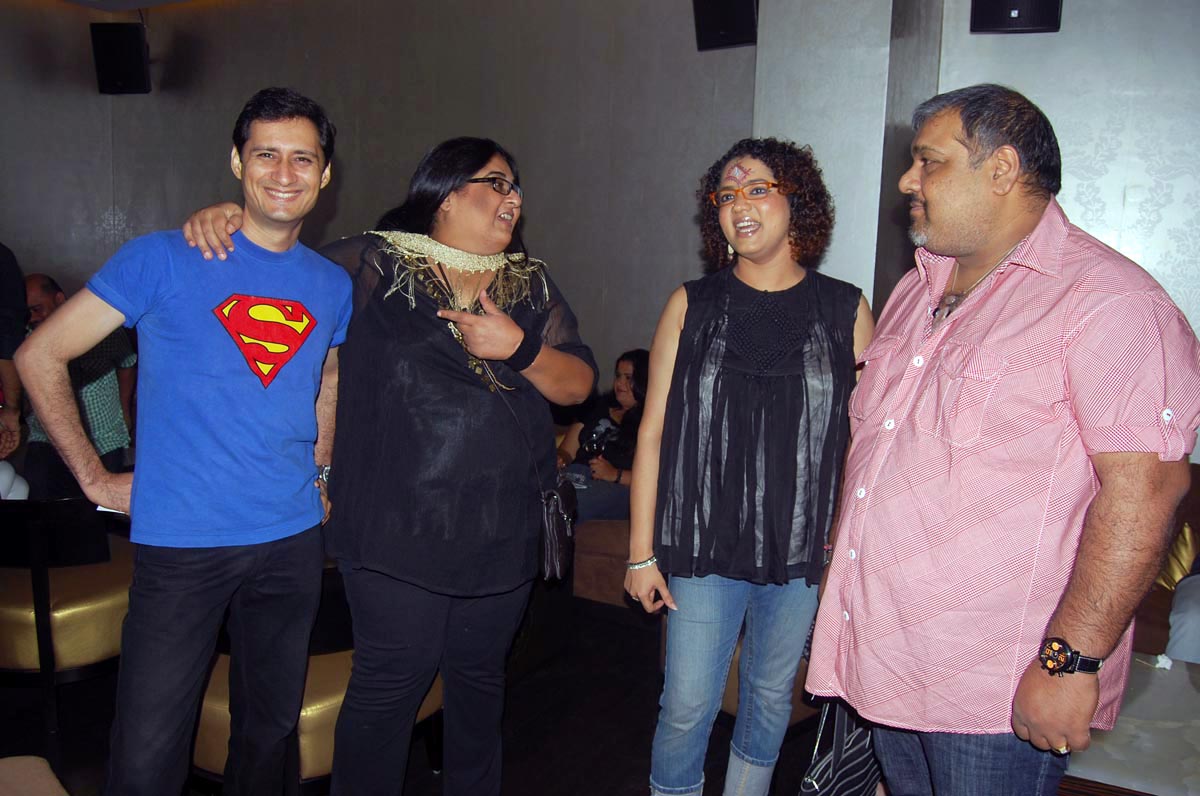 That’s quite a lot indeed. But you mentioned the words “spin doctor” while answering that. As a PR specialist, do you even need to spin for social causes.

Lol. I should admit, you are good at catching words!! Yes, I do spin for PR of social projects too. Thing is, the media wants spice all the time and social causes would be drab for them to publish if I wouldn’t highlight the glamorous aspects in them. So I do play with words to an extent, as long as its ethical and I’m not bluffing or crossing the line. I’m pretty old-school. I’ve been a journalist before turning PR. Ethics matter a lot to me even when I have to sensationalize news for the gossip hungry media.

According to you what reforms are necessary in India to achieve equality?

The biggest reform should be to first banish the word ‘feminism‘. In my opinion, there shouldn’t be anything like feminism at all. Because the very word brings a thought, not about distinction, but about differentiation — which makes it bad for women. It muddles up the whole concept of equality. Feminism represents the fight to be equal. But when women are equal to men, why do they need the subject of feminism. The more people talk and scream about feminism, the more they highlight inequality. Isn’t it? But if we still have to use the word with the meaning it was coined with, then I feel ‘feminism‘ should be talked about in the sense of something to be felt and realized — not something which needs to be spoken about town or asserted in media. According to me, a true feminist would be a person who realizes its essence without having to speak the word ever. 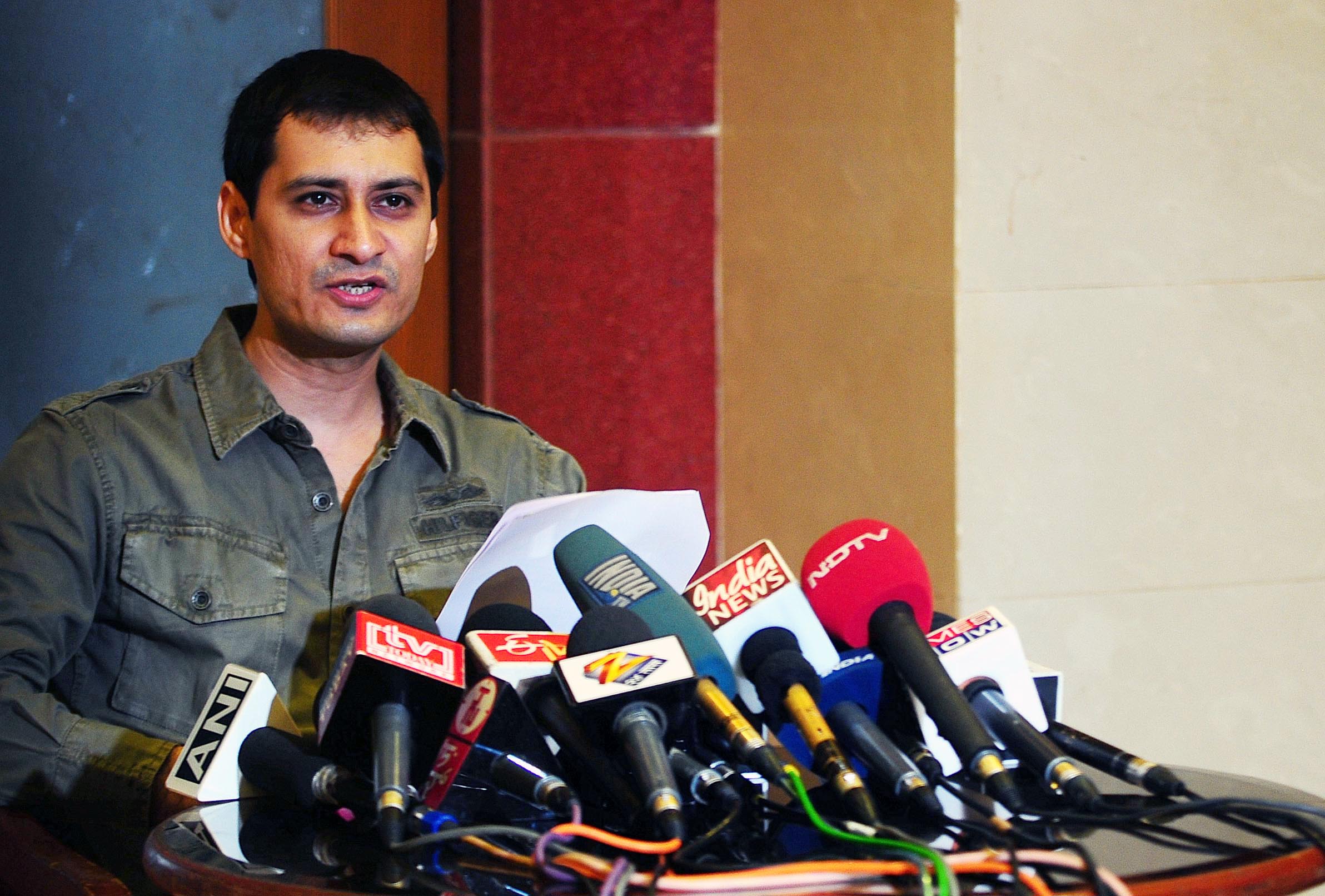 While majority victims in domestic cases are females, males who face the brunt of domestic violence are often ignored. What are your thoughts on this statement?

Sometimes females do misuse their gender and explore loopholes in law. I have been approached by a couple of actresses who wanted to go to the police station or send legal notices to guys to attract media attention. It’s a PR, PR, PR world and I am not averse to that kind of publicity. But I cross-question such actresses and investigate with my past journalistic instincts to find out if their case is genuine. If it is, I personally accompany them to the police station with the media in tow. But if their case is not genuine, I do not support them in PR and even discourage them from trying to derive publicity with fake news.

Apart from the ones you mentioned, which are the other strong women celebrities you have worked with?