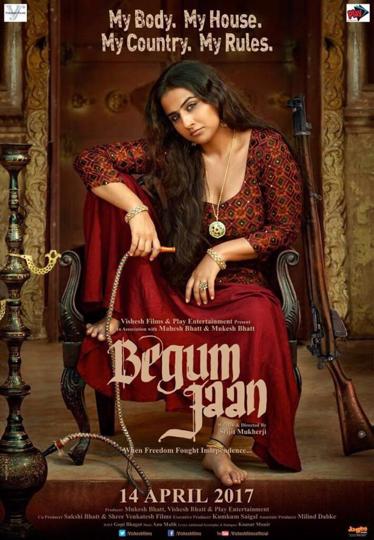 Ahead of Women’s Day, NH Studioz, an initiative of Narendra Hirawat and Co announced acquiring the theatrical distribution rights of Vidya Balan’s upcoming movie, ‘Begum Jaan’. The movie is scheduled for release on 14th April and is a drama directed by Sriijt Mukherji, where Vidya plays the role of a brothel’s madam in the late Independence period of 1947. The movie is an adaptation of critically acclaimed Bengali movie Rajkahini (Tale of the kings), which was also directed by Srijit and released in June 2015.

“The mindset of the Indian audience has changed over the past few years. People are now more open to applaud stories with female leads as the central character in the film. We truly believe in movies with such gripping stories with female leads in the foreground and also understand the audiences that the movie caters to. It is about identifying the right audience for a particular movie and taking strategic steps in releasing the film. In the recent past, we have successfully distributed women centric movies like Pink and Dear Zindagi. Taking the content of the movie to the right audience is crucial as it plays a very essential role in the overall business of a movie”.

“We found the storyline of the movie very enthralling and with Vidya Balan playing the lead, this will be one of the finest movies this year. We are planning the release of the movie in theatres very carefully and the film will be screened across 900 screens in India”.