Eros Now, the cutting edge digital over-the-top (OTT) platform of leading Indian studio, Eros International announced today the premiere of its path breaking original, Salute Siachen on 15th January, Army Day. This first ever celebrity expedition carried out in association with HTC, to the world’s second longest glacier and highest battlefield was to honour the Indian Army and salute their selfless contribution to the country. The trek that flagged off on the 15th August, 2016 and will now be available exclusively to Eros Now subscribers on 15th January, 2017. 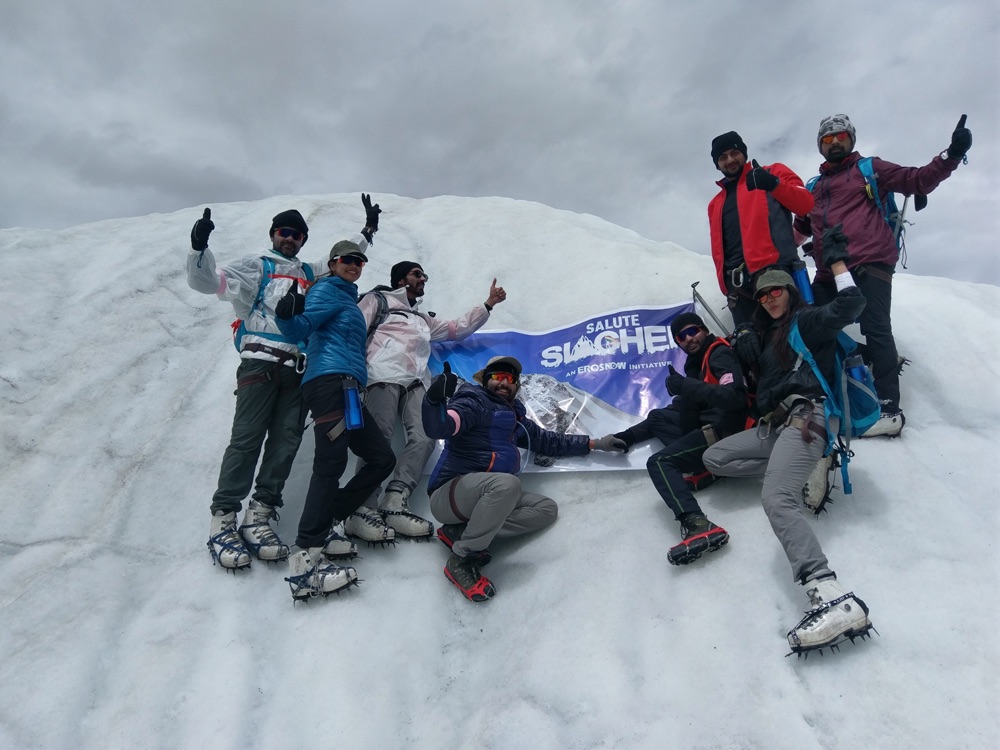 The five-part series shot by the nine celebrity participants on HTC phones takes you through a whirlwind of emotions as they embark upon the toughest journey of their life. The 20-day trek saw popular faces from different walks of life come together to salute the Indian Army. The celebrity participants underwent rigorous training and prepping for the expedition that began with an acclimatization trek to Stok Kangri base. Bollywood actors Arjun Rampal, Arunoday Singh, sports personalities – cricketer Rudra Pratap Singh and hockey player Yuvraj Walmiki, TV heartthrob Rannvijay Singha along with Namrata Gujaran, Hasan Zaidi, Shlok Sharma and Sonnalli Seygall battled out extreme weather conditions to scale the unpredictable Siachen.

“Salute Siachen is a unique initiative and a humble tribute showcasing our appreciation of the accomplishments of the Indian army and what better occasion than the Army Day to launch this series paying tribute to the valor of our soldiers”.

“Eros Now’s promise is to narrate inspiring and riveting stories to our audiences and what better way than to kick start with Salute Siachen, that will inspire and entertain millions of viewers. We are encouraged by the faith and support extended by our partner HTC.”

“Thank our soldiers, in our own way. At the same time, it was a very personal and emotional journey, and I am grateful to the whole team for the support they gave to me to launch The Gwen Breast Cancer Foundation.”

“Salute Siachen has been an exhilarating experience and I am honored to have been a part of this unique expedition and pay my tribute to the Indian Army.”

“As someone who plays cricket for our country, the urge to show my appreciation to the real heroes of our nation has only risen. Am glad that I could do my bit through Salute Siachen.”