Sunday night saw the return of Koffee with Karan, the infamous celebrity chat show hosted by Karan Johar, himself a celebrity director, producer, and all-around gossip guru. Every few years, beginning in 2004, Karan gathers together his biggest, brightest group of famous friends for a good old-fashioned bitch session, and the controversies his guests generate are enough to keep the tabloids in business for months to come.

The show’s fifth season kicked off with Dear Zindagi costars Alia Bhatt and Shahrukh Khan. The latter’s appearance on the Koffee couch this season was particularly interesting; after making multiple appearances during the first three seasons, SRK gave the fourth season a miss, fueling the rumors that there was trouble in paradise between him and his BFF Karan. 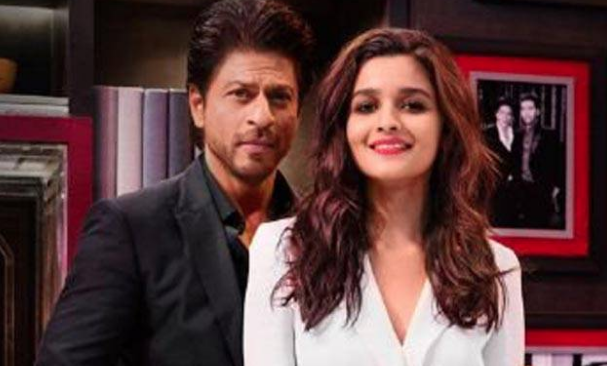 Rather than ignore the stories surrounding their friendship, Karan and SRK jumped right in to the deep end, acknowledging that there may have been some problems between them in the past, but that their love for each other was “unconditional”. We’ve heard that line before, right? And to add an extra dose of nostalgia, SRK reminded us all of the age-old rumors of a romantic linkup between himself and Karan–rumors that Alia claimed she was too young to remember. Feeling old yet?

Speaking of Alia, she made a much better impression during this appearance on Koffee with Karan than she did in her two appearances last season. After an embarrassing blunder over the name of the president of India during her Koffee debut, her mentor Karan brought her back a second time during season four to redeem herself. Did that work out? Not quite, but a few years and several acclaimed performances later, we saw a more mature, composed Alia holding her own next to the famously witty King Khan. Despite some initial apprehension over the duo appearing together, they actually made a charming pair, with Alia catching everything Shahrukh was dishing out. Perhaps she’s quicker than we thought! 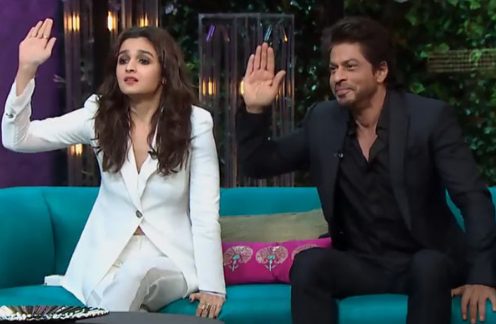 If the fifth season debut suffered from anything, it was a lack of novelty. The famous Rapid Fire Round made its return, along with last season’s Quiz Round (focused this time on pop culture, allegedly to give Alia an edge over SRK). The only new addition was a segment ripped off from The Ellen Show, where Shahrukh and Alia were asked to read mundane passages in humorous voices (Shahrukh, for example, was asked to read a recipe in the voice of someone mid-orgasm). Even with two fairly funny guests, the segment fell flat, and we can only hope Karan decides to abandon it in future episode. The Rapid Fire questions were equally uninspired, and at one point, Alia groaned in agony as she was asked yet again to Hookup with, Marry, or Kill one of her former costars. And in that moment, Alia voiced what we were all thinking: how many different ways can you ask the same small group of stars to rank each other before it becomes monotonous and, frankly, borderline incestuous?

Karan’s greatest crime, however, is his refusal to ask questions about the real gossip doing the rounds in the industry. With the rise of blind items, and with stars’ dirty secrets being exchanged like currency on social media, sanitized gossip is no longer interesting. What the public really wants to know is whether or not SRK indeed had an affair with Priyanka Chopra, whether the rumors are true that Alia’s relationship with Sidharth Malhotra were a Dharma PR invention, and exactly what caused the rift between Karan and SRK in the first place that led to him skipping out on appearing last season? 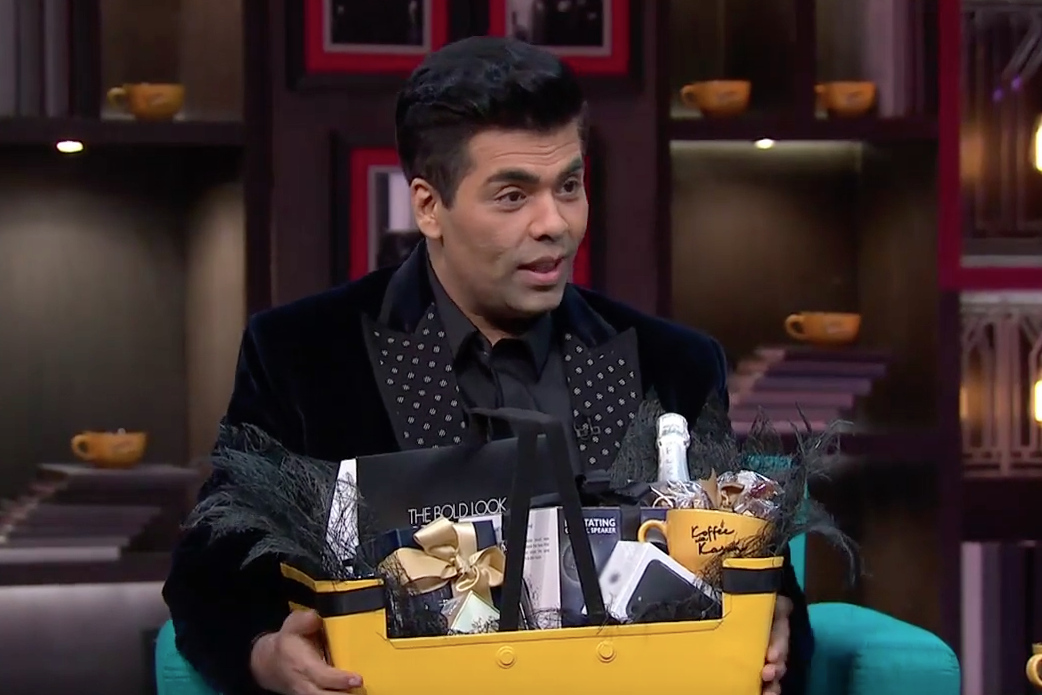 But the people appearing on Karan’s couch are his personal friends, and deep down we all know he won’t scratch the surface of the gossip pool if it means offending them. So the burden of keeping the show interesting falls on his guests. If they’re all as winsome as Alia and SRK were, this season will mark a definite improvement over the previous one. But boring guests coupled with boring questions do not make for an exciting viewing experience, so we can only hope that Karan has the good sense to keep this season’s pairings fresh and interesting!

Season 5 of Koffee with Karan will air on Sundays at 9PM on Star World.