Lawyer-turned-filmmaker, Nidhi Bisht is Associate Creative Head, Casting Director and an actor at TVF. She is credited with the hugely popular and successful video sketches — Caller Nania and Ek Thi Kapoor. Nidhi is truly a gifted artiste and entrepreneur — from concocting formulae for viral videos, to talent spotting, writing scripts, directing them, she even stars in the videos! 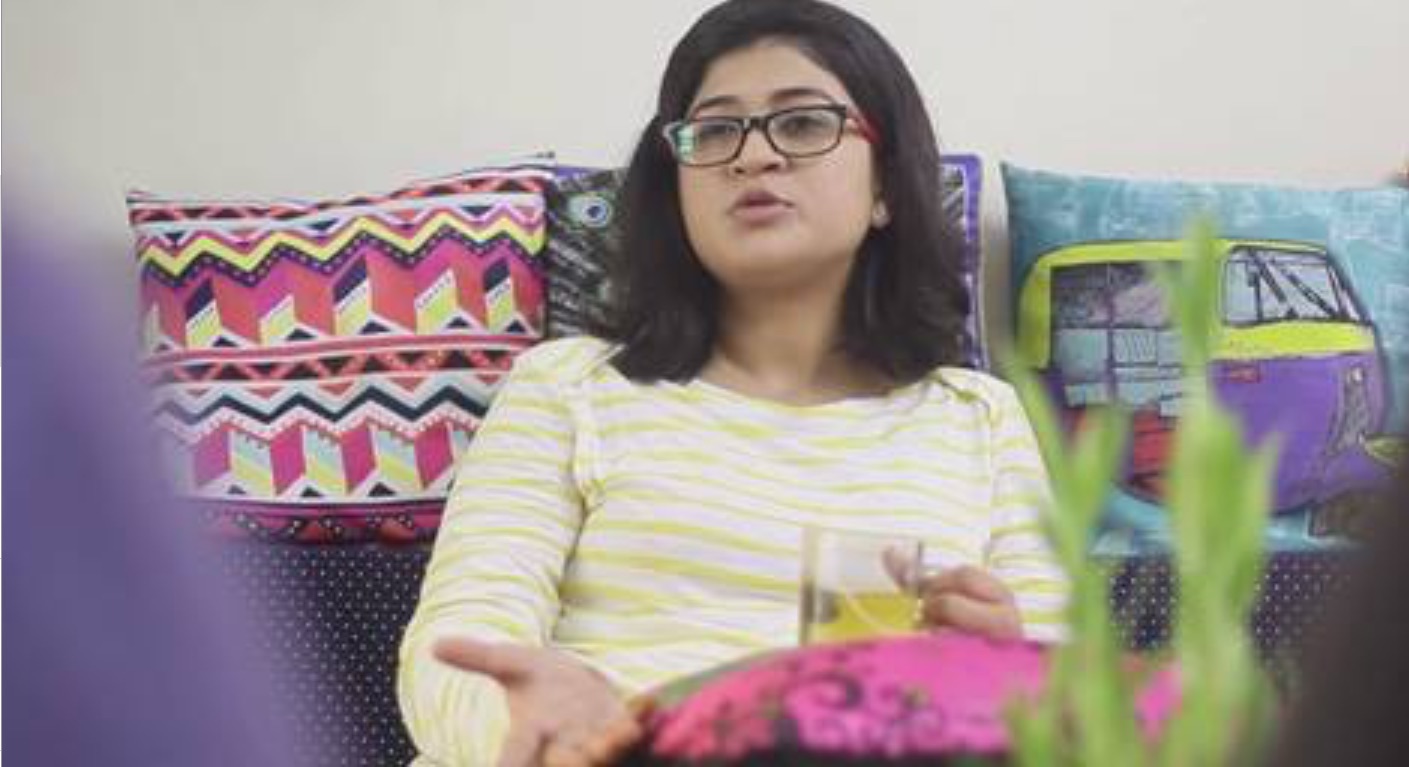 A law graduate from Jamia Millia Islamia, she quit her lucrative job as an advocate, to pursue her career in the field of film-making. She worked with the Delhi High Court as a litigating lawyer. In October 2009, she left her job and came to Mumbai for a week. A week in Mumbai turned her destiny from lawyer to filmmaker. For the first couple of months, she worked with a law firm, but her love for theater turned her into an entrepreneur. In 2010, she started her own theatre company called New Brain Theatre Folks. It was her cherished dream to have her own theatre company where she can nourish and nurture aspiring actors. In 2011, she did a play at the Rabindra Natya Mandir – Who Let The Dogs Out. And in 2012 she premiered the play at the Kala Ghoda Festival.She was introduced to Arunabh, Founder and CEO through a common friend when she landed on magic island (Mumbai) as she calls it. The rest, they say, is history.

In the summer of 2012, she joined Team TVF. Although her collaboration with TVF brought her into a limelight, Nidhi’s background in theatre has played a pivotal role in the group of aspiring filmmakers at TVF. From conceptualizing to casting to writing scripts, Nidhi effortlessly balances all roles with complete ease and an efficiency that none can challenge!

Nidhi has a great eye for talent. She is the one who roped in actors who are web series super stars today– from Sumeet Vyas for the role of Mikesh Chaudhary and Nidhi Singh who plays Tanya in TVF’s first and successful web series, Permanent Roommates, to Abhay Mahajan who plays Saurabh Mandal in TVF Pitchers.