Almost every Friday I am in-front of the screen experiencing the world of a single filmmaker and writer. Its such a beautiful moment for me, to be in the hot seat, and being able to view someones imagination on the big screen come to life.

I have felt the same also as I have been slowly working on my short film. I have realized how magical it is to see my thoughts on-script come to life on-set when filming.

So imagine if you were a filmmaker, and you wrote something extraordinary, and then suddenly a group of people cut half your film, or even discusses banning the film. If we rewind back in the old days when kissing on-screen in India was a big deal and now see how far the industry has come, its good to see the growth and acceptance we have received from various platforms and boards.

The context now though is much larger than just kissing or romance. Its about discussing real life issues and bringing it forward on a commercial platform. Its 2016 and it is important to cover all types of issues. I have noticed that all types of issues are better conveyed to our audience through a film, vs a political representative to stand up on a podium and preach what should, and should not be done. So our industry is also taking this in consideration by conveying important problems within the country and hoping that at least one person walks out of the cinema hall with some knowledge about a certain topic. 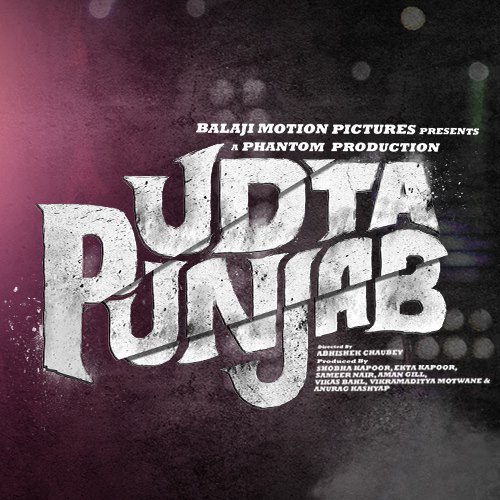 Shahid Kapoor recently talks in an interview with Faridoon on Bollywood Hungama about the important message Udta Punjab is sending out to the young generation. He says today he is 35 years old, and when he was 20 he was not mixed up in doing any sort of drugs. But now today, 20 year olds, or even 15 year olds are getting their hands on it very easily and its a real issue in our society today.

When you view the trailer of Udta Punjab, you know just by the trailer this isn’t a film you take your kids to. And the makers of the film, and actors know this too. The film is purely adult content and this is why it is an ‘A rated’ film. The censor board though, feels there is too much profanity and talk about drug usage, and this is why the film should not be screened, or these scenes should be cut entirely. Of course the question is, how can you cut scenes which entail drugs when the film is about drugs…?

I have noticed a trend where we ask for entertainment commercial films, and then no one enjoys it. Then we ask for ‘real life films’ and when we make realistic films, they get banned or no one enjoys it. Yet our extremely talented industry still works day and night to entertain us, educate us, and please every type of audience member out there so that every movie can turn into a family film. NOT all films can be a family film. We cannot expect a perfect story all the time, because in reality there are no perfect stories and in reel life there too are never perfect stories.

Udta Punjab is UD both the entertaining factor infused with real-life issues. This topic could covered as a documentary film, but when we have the resources to tell everyone this story, why not? Why not take a large issue and make it commercial too? No one banned 3 Idiots, that’s a real life issue turned into commercial. No one bans the many films about terrorism, India-Pakistan partition- these are all based on real events and they are not being banned.

I do plan to see Udta Punjab and hope to come out with an eye opening experience about the topic the film is covering. I hope that once the audience sees it, they too will appreciate the art that has been created. And then the censor board can see that this genre of filmmaking can exist in India, but just for a certain audience.