When Amitabh Bachchan signs a project, one knows it has to be one interesting story!  Audiences will soon witness the screen veteran re-visiting the whodunit genre as grandfather John Biswas in upcoming thriller, TE3N. Talking about the genre and his role Amitabh says,

“Indian cinema has always been making films like these. It’s just that, given the stage I was at earlier in my career, perhaps nobody thought of doing something like this with me. But now there is an opportunity because of my age, which enables me to play an older, weaker character. You don’t expect him to be able to do something and that’s basically what the outline of the character is. John Biswas is a middle-class man, he is Anglo-Bengali and there has been a tragedy in the family. He only has his wife and son. His family doesn’t live with him, but he’s keen to find out what happened and how. I don’t think that he has revenge on his mind. I think he just wants somebody to confess that something like this has been done and that he is repentant about it.” 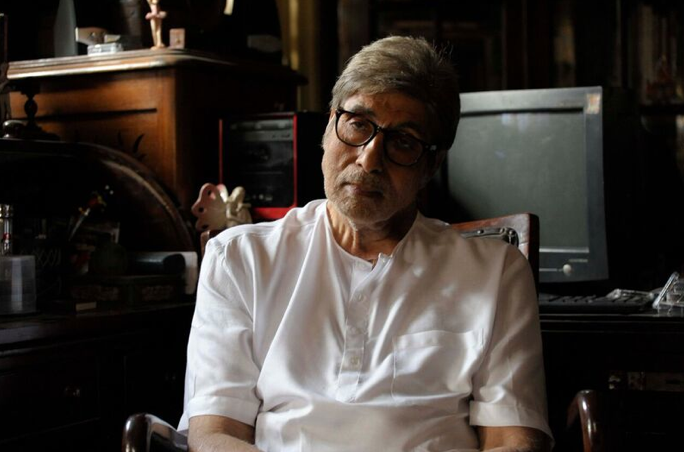 Speaking about working with actress Vidya Balan the actor says,

“She is an exceptional actress. Vidya has done so well right from her first film Parineeta to now, I have been watching all her work. I worked with her in Paa and now this… it’s a great experience.”

Explaining about the appreciation letters Amitabh writes to artists he admires, he tells,

“I have always been doing this. Jaya and I have been doing this for long. If we like something, we send flowers or something. I just feel very strongly when I see something like this and I do write to them. It’s wonderful. It’s just great to see this generation, to see anybody, giving a good performance. It’s so inspiring and you learn so much from them.”

TE3N seems like it will have some power-packed performances.  Be sure to check it out!