After the phenomenal success of 3 Idiots, Vinod Chopra Films and Rajkumar Hirani Films this time in association with UTV Motion Pictures present the most awaited film of the year, PK.  A stranger in the city asks questions no one has asked before. Known only by his initials, PK’s innocent questions and childlike curiosity will take him on a journey of love, laughter and letting-go. The films stars Aamir Khan, Anushka Sharma, Boman Irani, Saurabh Shukla, Sushant Singh Rajput and Sanjay Dutt and is due to release on December 19th, 2014. 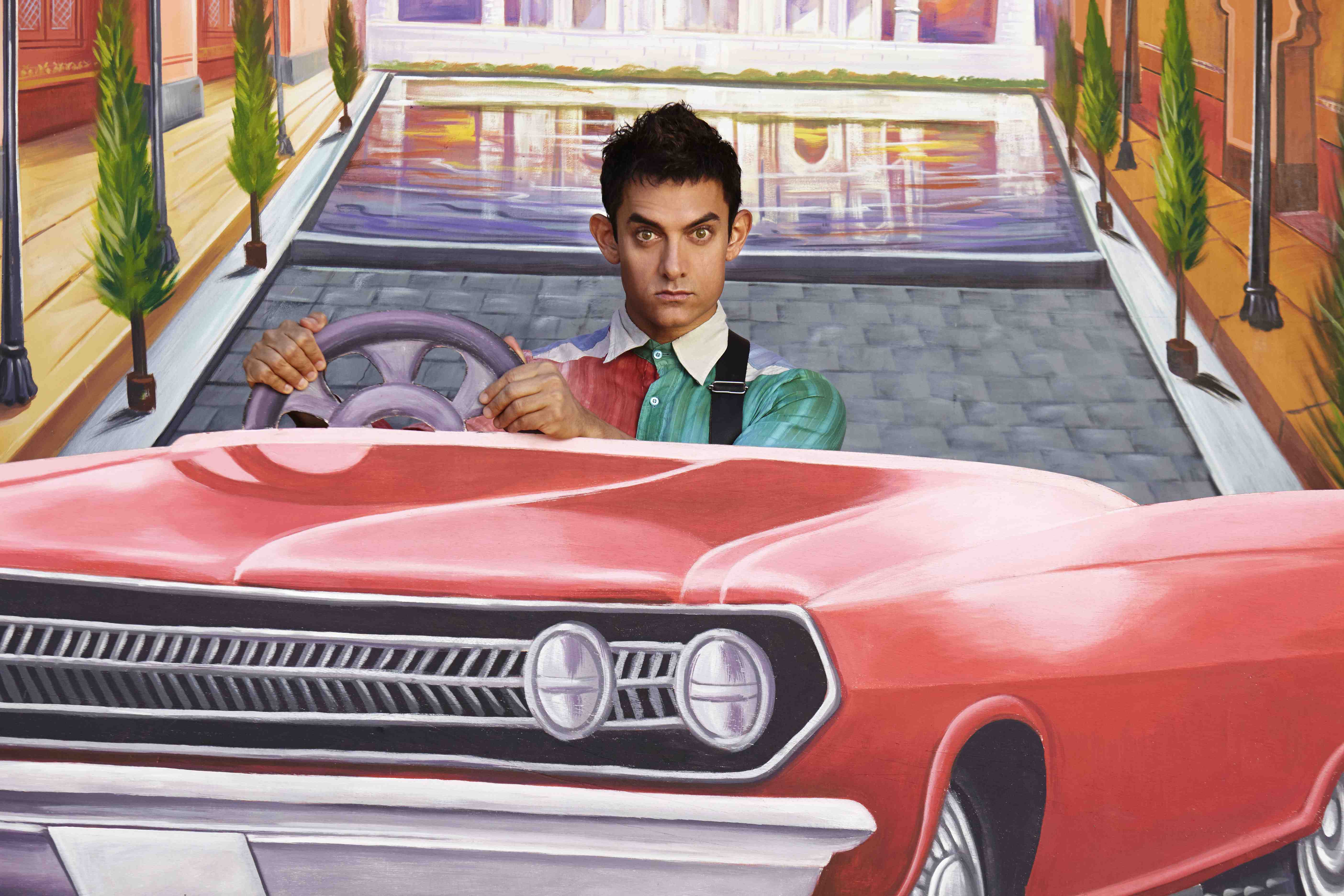 Check out some images and posters from the upcoming ‘talk of the town’ film!

P. K. is a comedy of ideas about a stranger in the city, who asks questions that no one has asked before. They are innocent, child-like questions, but they bring about catastrophic answers. People who are set in their ways for generations, are forced to reappraised their world when they see it from PK’s innocent eyes. In the process PK makes loyal friends and powerful foes. Mends broken lives and angers the establishment. P. K.’s childlike curiosity transforms into a spiritual odyssey for him and millions of others. The film is an ambitious and uniquely original exploration of complex philosophies. It is also a simple and humane tale of love, laughter and letting-go. Finally, it is a moving saga about a friendship between strangers from worlds apart.

So get ready to laugh this December as P.K heads to theaters!