On Friday and Saturday Aug 12 and 13, Mississauga’s Celebration Square, in the Greater Toronto Area of Canada, was witness to a FREE and splendid South Asian outdoor festival put on by TD Mosaic Festival and presented by Turkish Airlines. 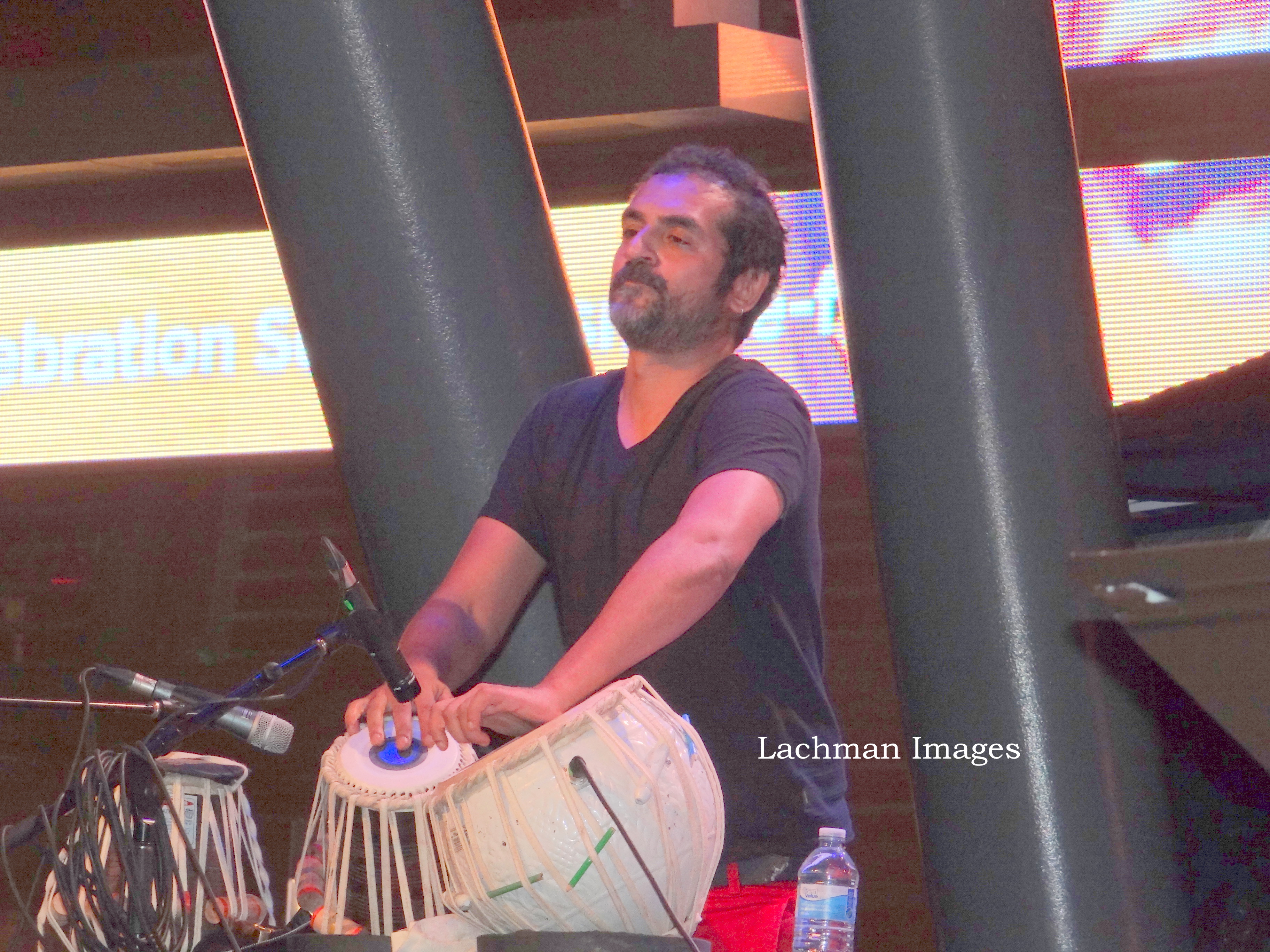 Besides the usual South Asian food fare there were Latino, Turkish, Lebanese and of course Canadian victuals as well. There was also a painting contest and plenty of kiosks selling South Asian knick-knacks.

However what drew the crowds was the music and dances al fresco. Friday saw some traditional South Asian folk sounds along with an energetic soca /chutney show put on by Sina Wayne Storm and his troupe who sang songs about alcohol and cuckoldry ending with a number where his dancers shook their booties, or ‘winning’ as it is popularly known in the Caribbean. 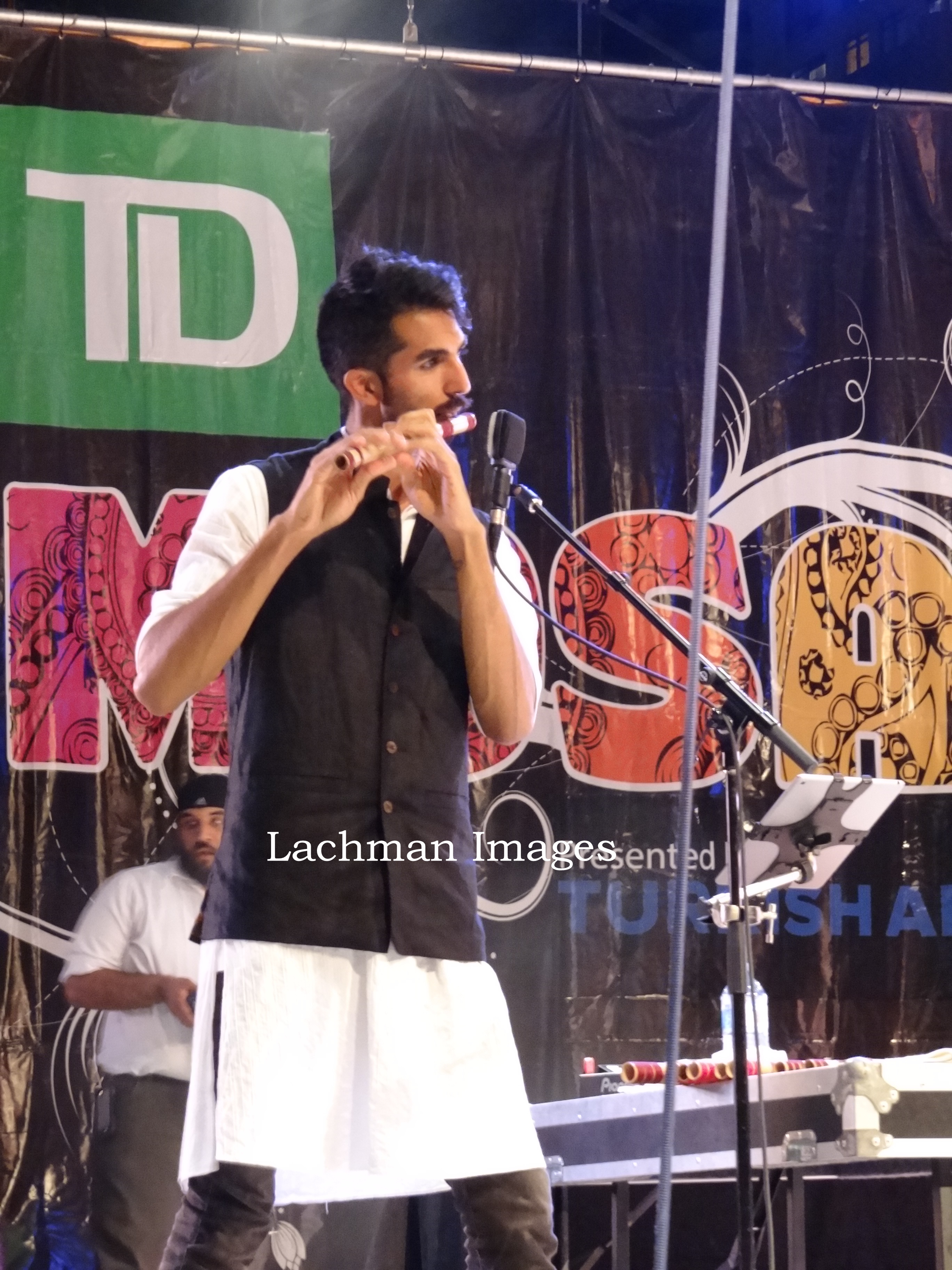 Following that came Jasmine Sandlas singing some grand Punjabi numbers with the audience thoroughly enjoying. Saturday, despite the rain the show went on as a dynamite Coke Studio ensemble from India took over. House of Waters with Max ZT really rocked the celebration square.

Then came the torrential rains dampening everybody’s spirits as they ran for cover and the stage equipment had to be covered. Many people left saying they weren’t coming back. The show stopped for more than an hour before the act that many had come for re-started the festival. Little did we know that the rains were heralding something bigger and better to come.

Karsh Kale, musician extraordinaire, who has bagged many accolades and has even bested A.R. Rahman at certain award functions and also performed at The White House (principal residence of the President of the United States) in 2013, walked unassumingly onto stage with the rest of his band and re-plugged the festival.

What followed was the most amazing hour of the finest world fusion music that I have ever heard or seen in a long, long time as Benny Dayal, popular Indian singer and Apeksha Dandekar showed off their vocal chords enthralling the crowd.

Out of nowhere the people came back in droves from wherever they were and the grounds filled up. It was as if the mesmerizing music from the Karsh Kale collective made them magically re-appear. 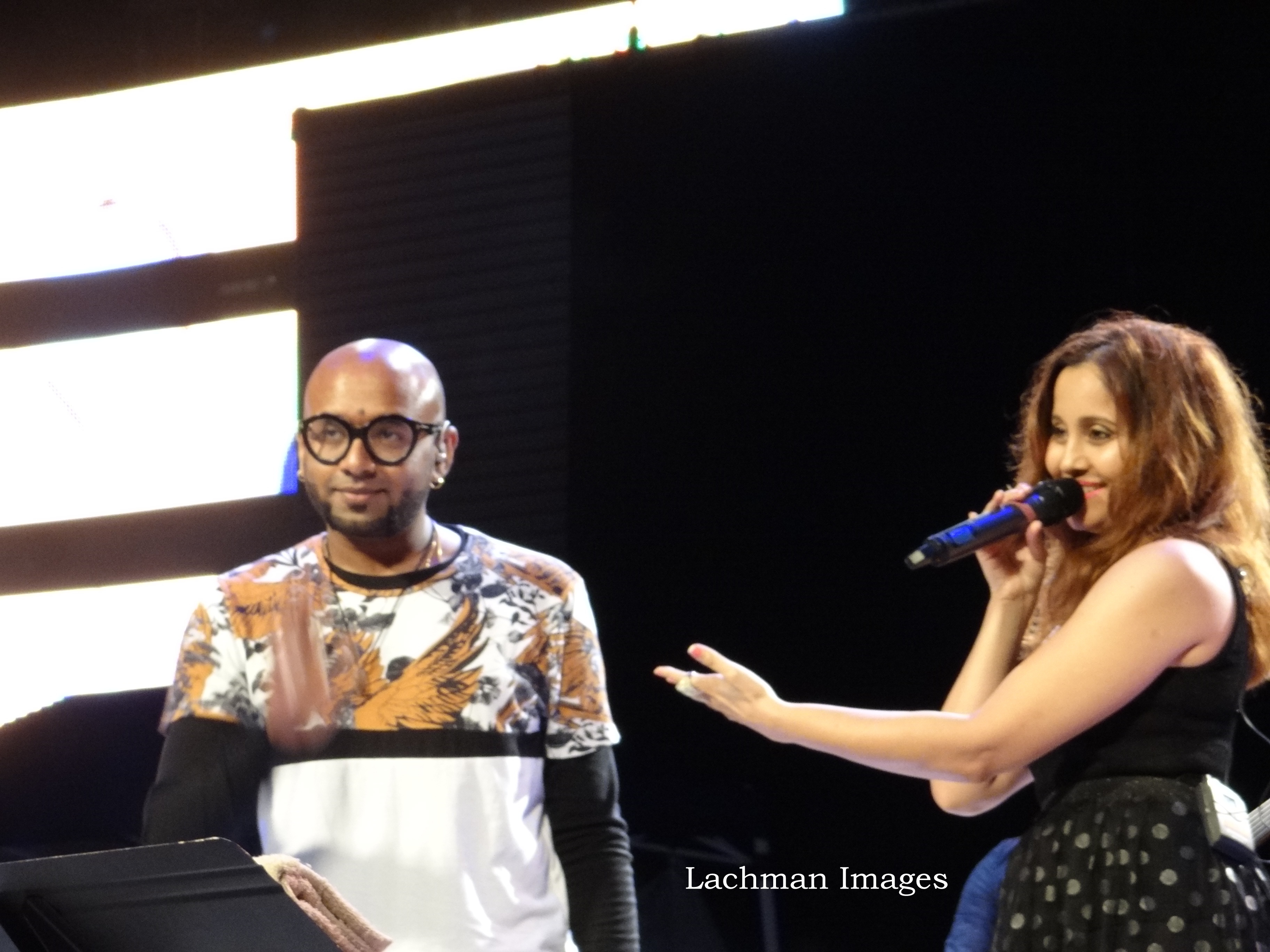 The square filled up even more than before with the patrons appreciating every musical chord and sound. Karsh Kale’s mastery on the tabla and keyboards was spellbinding. Ignacio the drummer, Sushil the flutist, Moto Fukushima on guitar, Max ZT on his hammered dulcimer and Warren Mendonsa on guitar also added their wizardry into the mix.

The synergy was just too stupefying!

And so it was that the band got even more geared up, noting the impressive audience participation and admiration, and put in even more of their heart and soul into their music. They infused Cher’s (of Sonny and Cher fame) song “Bang, Bang” into their act prompting someone from the audience to post on facebook “Come bang bang with us!” At the end of the song, a fan yelled out super loudly:

“Apeksha, you put Cher to shame!”, bringing a smile to Apeksha’s face.

The band continued to perform and regale the crowd and then came their final number as Benny Dayal took over and slammed into one of the mightiest tributes to the great late musician Prince, who passed away in April(RIP). I boldly claim it to be the best fusion tribute I have ever heard as after Benny who sang the first few lyrics of Prince’s “Purple Rain” in English, Apeksha took over and continued with a song in Hindi “Chalte, Chalte” whose lyrics and music were real haunting telling the public that you will always remember my song. Sushil, the flutist on this number enthralled the crowd so much that they clapped enthusiastically in high esteem. He was right up there with the likes of Pannalal Ghosh and Ian Anderson (of Jethro Tull). Towards the end, Warren Mendonsa of Blackstratblues, son of my friend Darryl who was a prominent member of the Mumbai rock scene in the 60s, and nephew of Loy Mendonsa(of Shankar, Ehsaan and Loy), slammed the song back to Purple Rain by playing its most famous guitar stretch flooring everybody in the audience.

Yes, nature’s rain early that evening may have split the heavens, but this “Purple Rain” sent the cosmos asunder!