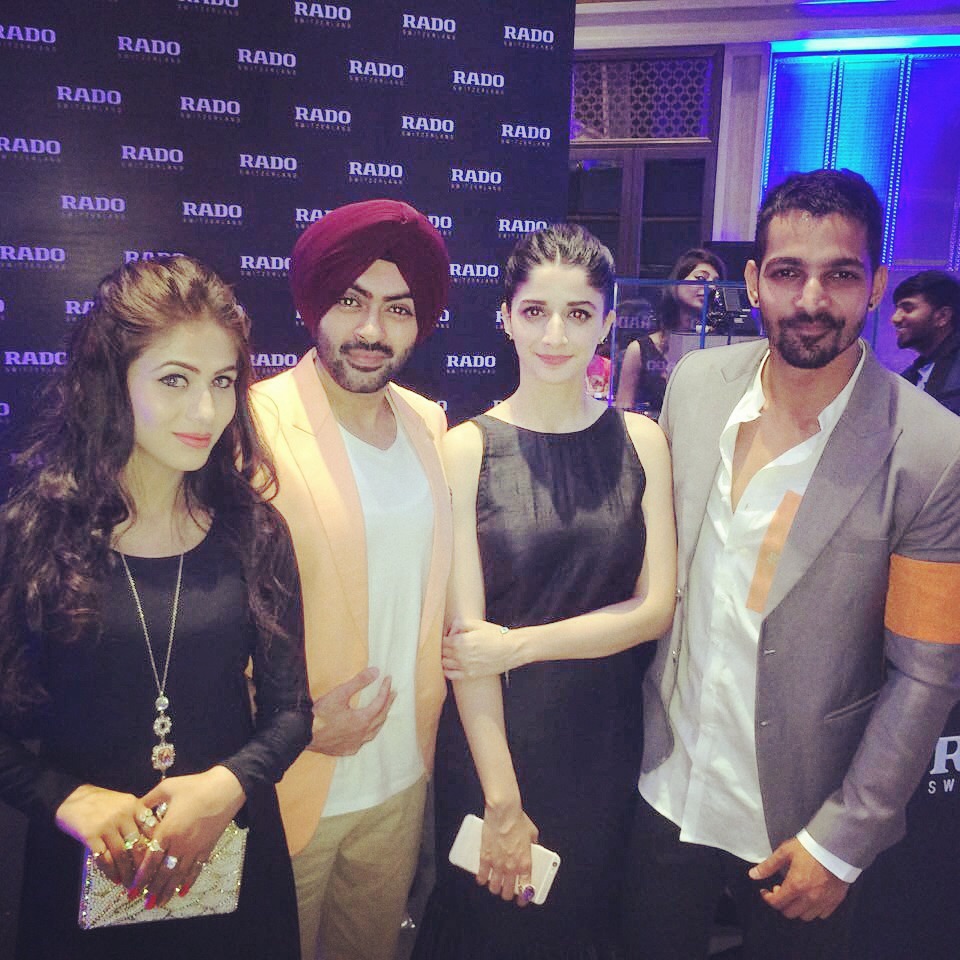 The event was held to announce the list of the 50 best dressed men of India. Needless to say, the list included many handsome stars from the different industries. Apart from Bollywood actors, South Indian star Dulquer Salmaan, who has acted in films like “Bangalore Days,” “OK Kanmani” , “Charlie” and one of India’s first turbaned model and television actor turned talk show host Karan Singh Chhabra also attended the GQ Best Dressed Men 2016 event.

On asking about the event, Karan said

“There is generally a lot of buzz about what women wear but it’s indeed great to know that now there are events which value and appreciate men dressing up.”

Seen at the red carpet along with him were Pakistani actress Mawra Hocane, Harshvardhan Rane and Anjali Kapoor.

Seen in the picture are Anjali Kapoor , Karan Singh Chhabra , Mawra Hocane and Harshvardhan Rane posing for the shutter bugs.