Critically acclaimed British Actress Fagun Thakrar was name best dressed during the 68th Annual Cannes Film Festival. Let’s take a look at what she wore. Fagun’s first grand entrance on the red carpet during the 68th Annual Cannes Film Festival was at the Premiere of ‘Mad Max: Fury Road’. Attending alongside Charlize Theron, Fagun wore an stunning red dress by Claire Pettibone with green tourmaline accents and sapphire diamond earrings by Avakian. For her clutch, she accessorized with a crimson velvet purse from her personal line, The Fagun Collection. 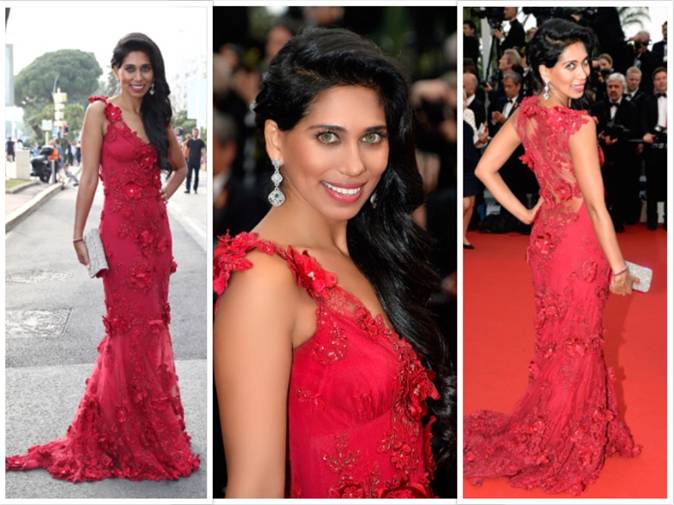 Fagun was also invited by Variety and the UN Women to discuss the subject of gender equality with Salma Hayek and Aishwarya Rai Bachchan. Here Fagun wore a chic white ensemble, lace dress by Christophe Guillarmé, belt by BCBG maxazria, and white shoes by Jimmy Choo. 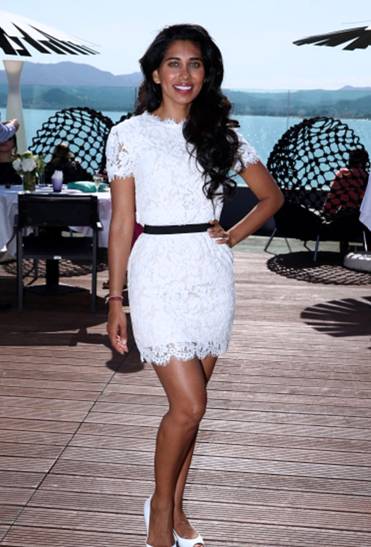 For her second appearance on the red carpet, Fagun Thakrar attended the ‘Carol‘ Premiere with Cate Blanchett and Rooney Mara. Again, Fagun’s personal style was impeccable, wearing a glamorous evening gown by Blue Marine complemented by cerulean earrings, bracelet, ring and purse from the Swarovski collection. 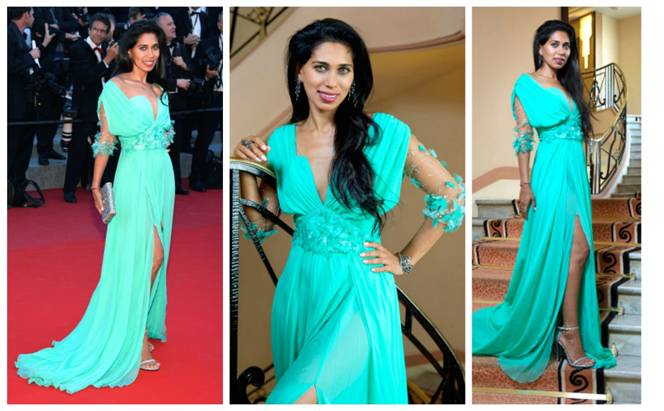 Fagun attended the amfAR Cinema Against AIDS 22nd annual gala at the Hotel du Cap-Eden-Roc, whose attendee list was a venerable of A-list movie stars. For this special occasion, Fagun wore a glimmering white gown by MacDuggal, shoes by Christian Louboutin. To top off the look, Fagun accessorized with a crystal embroidered square purse from her personal Fagun Collection. 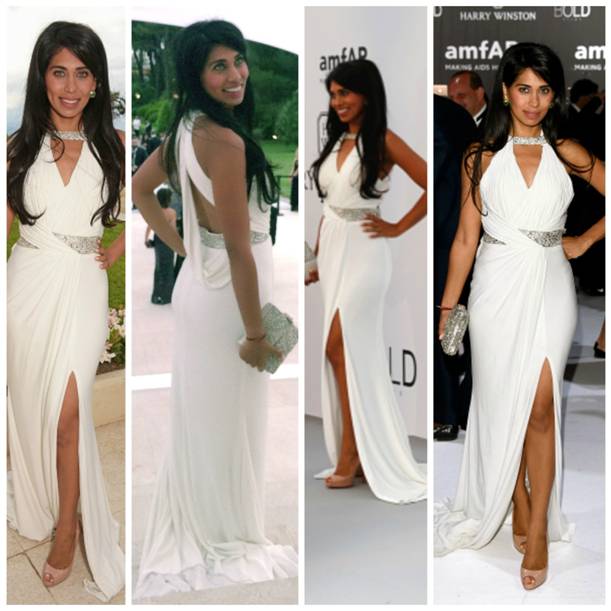 For her final appearance at 68th Annual Cannes Film Festival when she attended the closing ceremony, Fagun wore a lavender gown by MacDuggal, bracelet and earrings by Elsa Lee Paris, and watch by Charriol and purse by her personal collection, The Fagun Collection. Fagun’s make up on all looks were done by L’oreal Paris and hair by Dessange Paris, which were official sponsors of the Cannes Film Festival.

Fagun was truly the breakout style icon of this year’s Cannes Film Festival. Based on her acclaimed reception at Cannes, her style, poise, and talent are definitely putting her at the top of list of starlets to keep an eye on. Fagun was recently seen in the Hollywood film ‘A Prayer For Rain’ with Martin Sheen and will be next seen starring opposite Donald Sutherland in a Hollywood romantic comedy film releasing later this year.