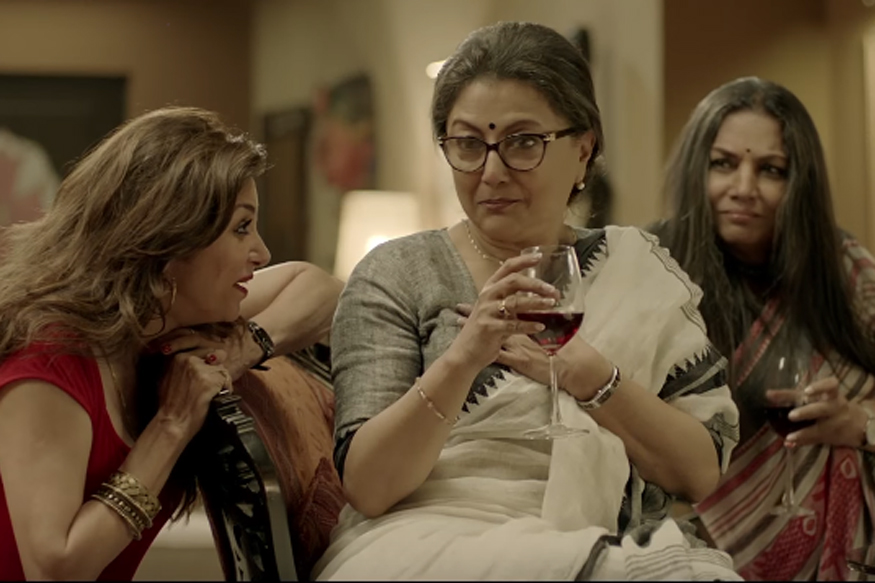 Aparna Sen is ready with her latest directorial venture ‘Sonata’, adapted from the play by the same name by Mahesh Elkunchwar.

The story unfolds one evening in Aruna Chaturvedi and Dolon Sen’s posh apartment in an up-market Mumbai suburb. Although temperamentally very different, the two women have lived together for many years and made a comfortable albeit unexciting life for themselves. Aurna, a professor of Indology and Sanskrit, is highly educated, and has travelled to several international seminars and conferences. She is still rather beautiful, but her reserved personality and conservative thinking can make her come off as a prude.  Though deeply affectionate she struggles to give expression to her feelings. Quite to the contrary, Dolon, who is a highly-paid banker, is bubbly, affectionate, and expressive. She tends to be plump and has been trying to lose weight with little success. Dolon displays her affection by touching, hugging and kissing her friends. Their other friend Subhadra Parekh, is a journalist. She believes in living life to the fullest and is almost ageless, or pretends to be. She wears jazzy clothes, showing off her figure, and lives with her boyfriend with whom she has a stormy and abusive relationship. She seems to be living the high life, but when asked if she is happy, Subhadra is at a loss for answers. The film explores the complex interaction between three very different women whose lives are intertwined by the bonds of friendship.