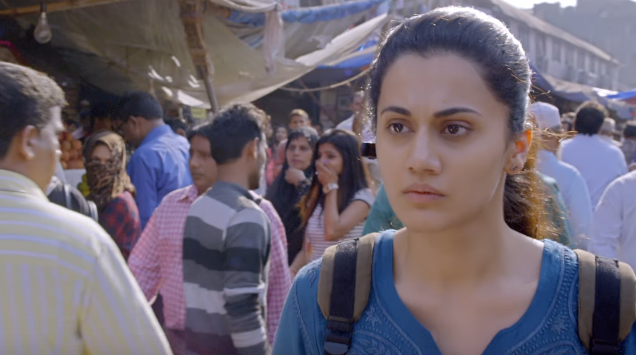 It’s not common to see people coming out of an Akshay Kumar starrer flick and raving about an actress who merely had a cameo in the movie. But this is exactly what happened when ‘Baby’ released. Everyone who watched the movie absolutely loved Taapsee Pannu‘s character in it.  This is the reason why the makers decided to come up with a prequel to ‘Baby’ and reveal her side of the story, reveals the pretty actress.

Elaborating on it, Taapsee, in an exclusive interview with Urban Asian, said:

The kind of love showered on my character by the audience made the makers come up with an entire script on her. They decided to reveal the backstory that led her to the proceedings of ‘Baby’.

Taapsee, who felt like she is coming back to the sets of ‘Baby’ while shooting ‘Naam Shabana’, further said:

I am not nervous at all about the movie because I know it’s in safe hands, more so because of the names attached to it. I am in the safest possible hands in the best possible film I could have asked for at this stage of my career – playing the central role or the title role. It cannot get better, I think!