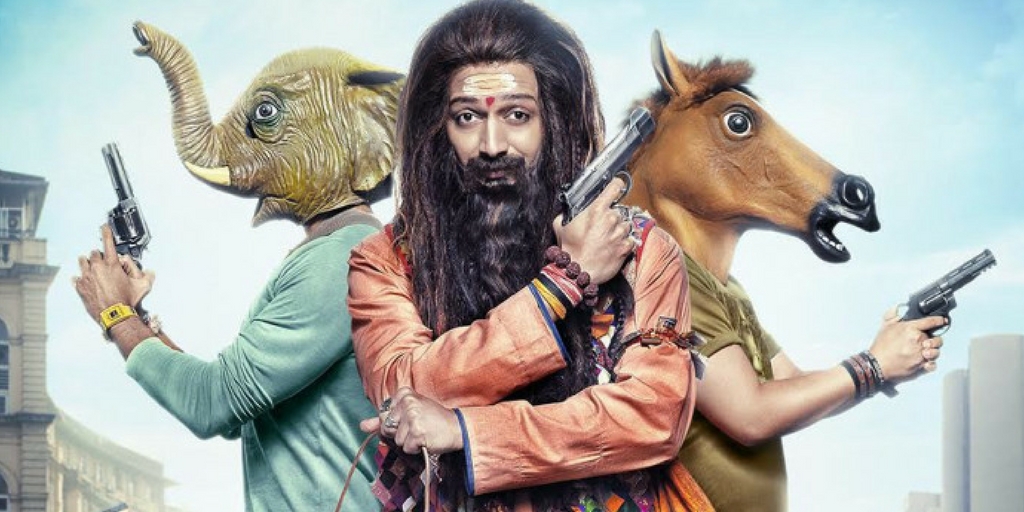 Yash Raj Films seemed to be in a naughty mood as they sent out a press release which was actually a prank, that one will only realize after reading it carefully.

Announcing the release date of their upcoming movie, ‘Bank Chor’, starring Riteish Deshmukh, Vivek Oberoi, Sahil Vaid, Rhea Chakraborthy and others, the studio also claimed that the movie will be the first to have not 3-D or 4-D, but 16-D effect!

Check out their press release here: 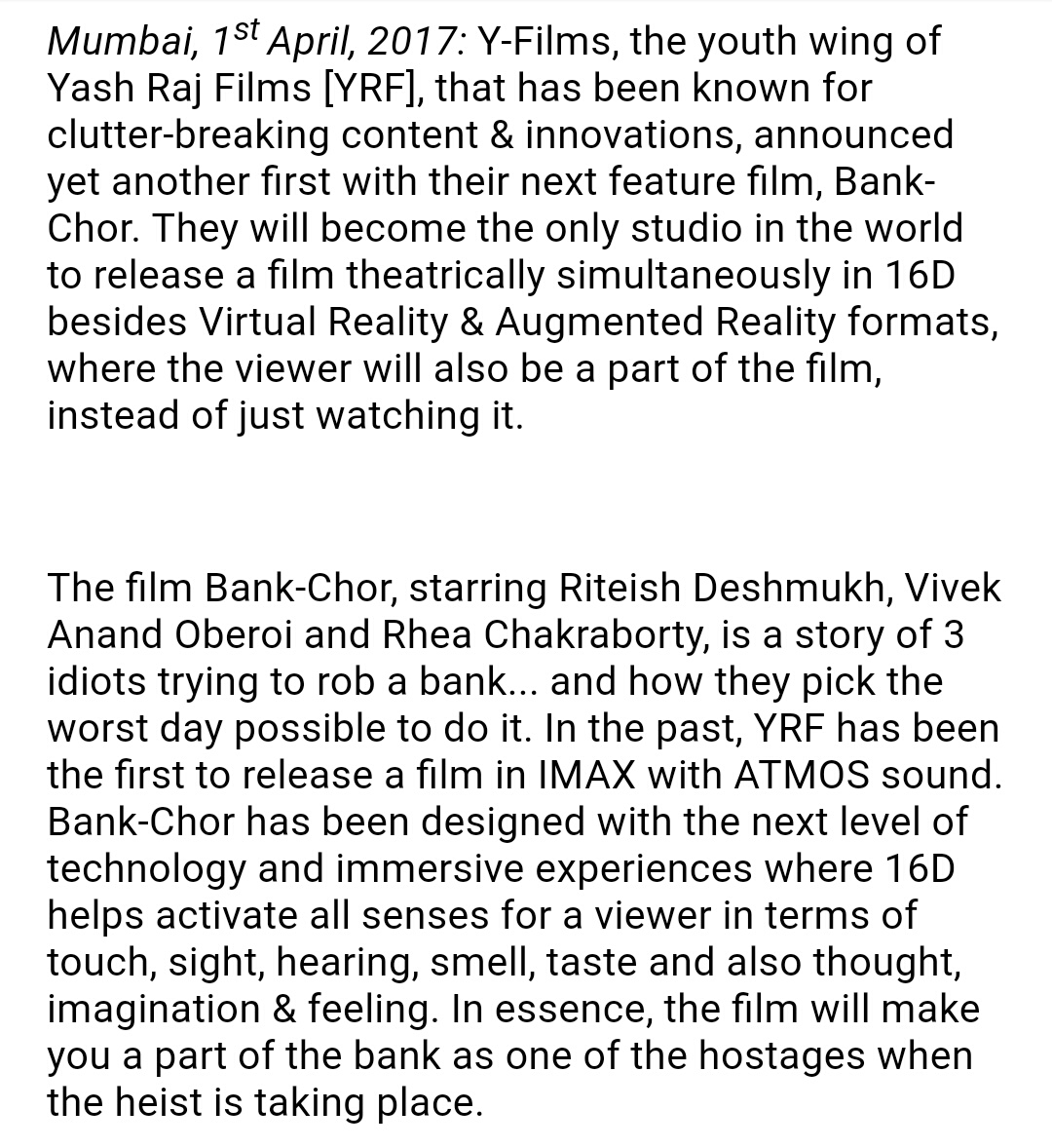 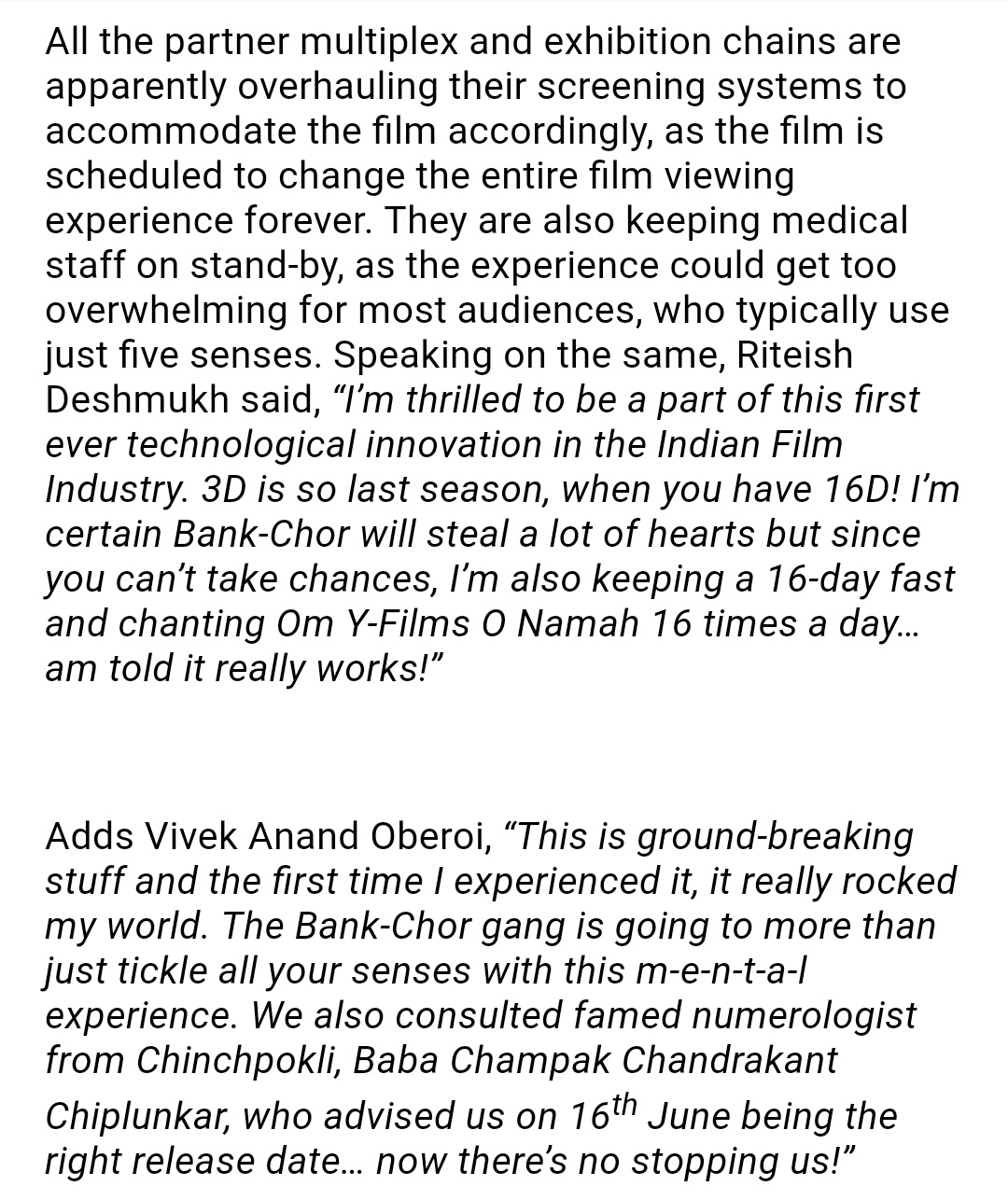 Framing it in such a way, YRF tried to play it smart, and in a way won too, because major publications actually took their word.