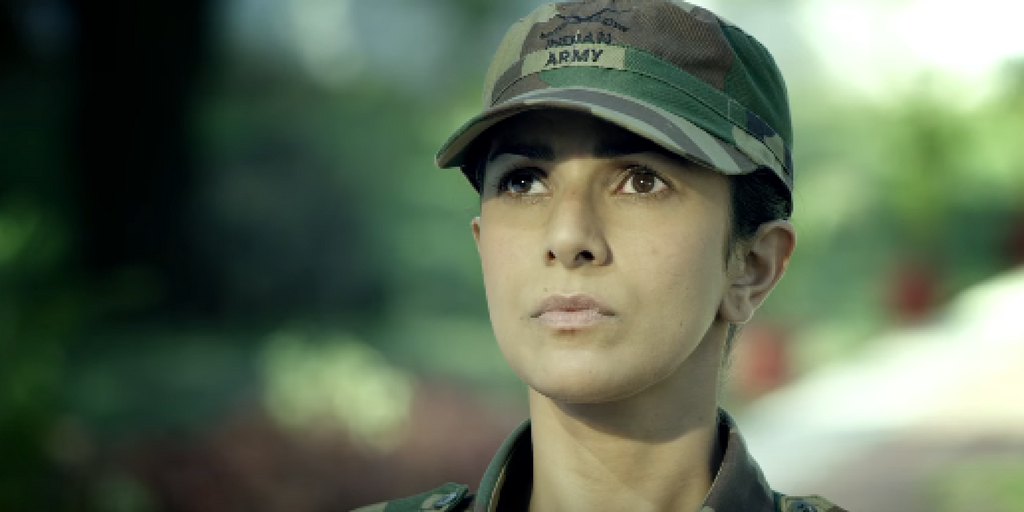 The web series ‘The Test Case’ starring Nimrat Kaur have released its trailer and it looks powerful! . The trailer opens with unstable responses to the decision to allow women to participate in combat in the military. There are also shots of soldiers going through rigorous and stringent training, as well as getting shot in combat.

It challenges about the concept that women are unsuitable for combat. It also features Juhi Chawla who plays the Minister of Defense, in a position of power. Juhi’s look is quite similar to that of Minister of External Affairs Sushma Swaraj. There is also a shot of Atul Kulkarni, who is a strict commandant.

Check out the trailer:

For this role, Nimrat underwent training in martial arts, crossfit yoga and ballet. She also changed her diet, gave up coffee and followed a strict workout regime.

“Unconventional projects interest me and I am always on the lookout to do something that I have never done before. After ‘Homeland’, I was keen to do a show that pushes me as an actor and that’s exactly what I found in this one.”

‘The Test Case’ is directed by Nagesh Kukunoor. It begins streaming on 25 April, 2017 on ALTBalaji.