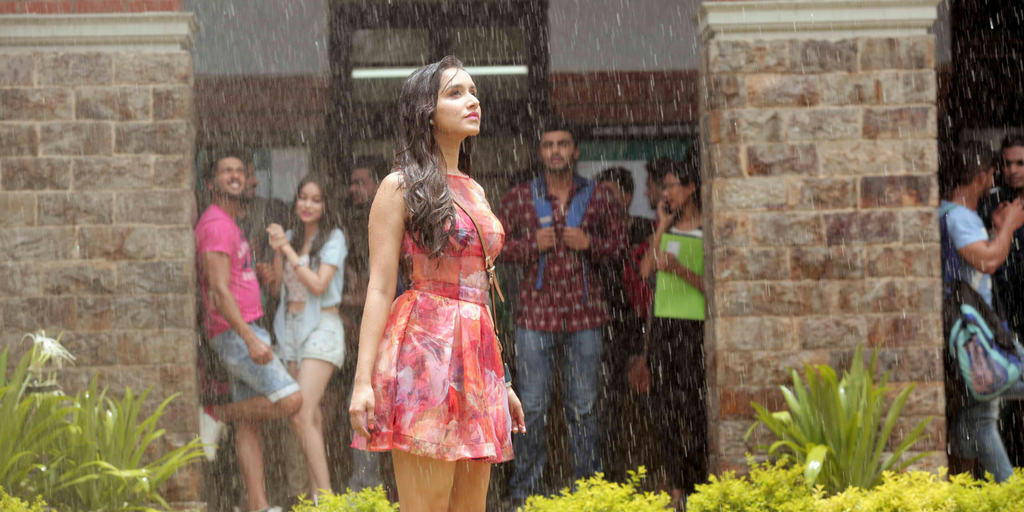 The first song of Arjun Kapoor and Shraddha Kapoor starter film ‘Half Girlfriend’, is out and is sure to make you miss the monsoon and take you back to your college romance. The song shows lead actors romancing the rains in the backdrop of St Stephens College, New Delhi.

Composed by Tanishk Bagchi, the song has been penned by Arafat Mehmood and Tanishk. The dreamy melody has Shraddha romancing the rains while Arjun can’t take his eyes off her. The song shows the distinct worlds of Riya and Madhav and also has glimpses of their basketball game, which is indeed refreshing. Sung by Ash King and Shashaa Tirupati, it is certainly the monsoon song of the year for all the romantics at heart.

The trailer of the film was out on Monday and has received a phenomenal response as it trended across platforms and has crossed over 13 million views on Youtube alone. A cinematic adaptation of Chetan Bhagat’s novel of the same name, ‘Half Girlfriend’ is undoubtedly one of the most looked forward movies of the year and with the incredible response it has been receiving, the film seems to be living up to its expectations.

Produced by Balaji Motion Pictures, Mohit Suri and Chetan Bhagat, ‘Half Girlfriend’ is directed by Mohit and is slated to release on 19th May, 2017.