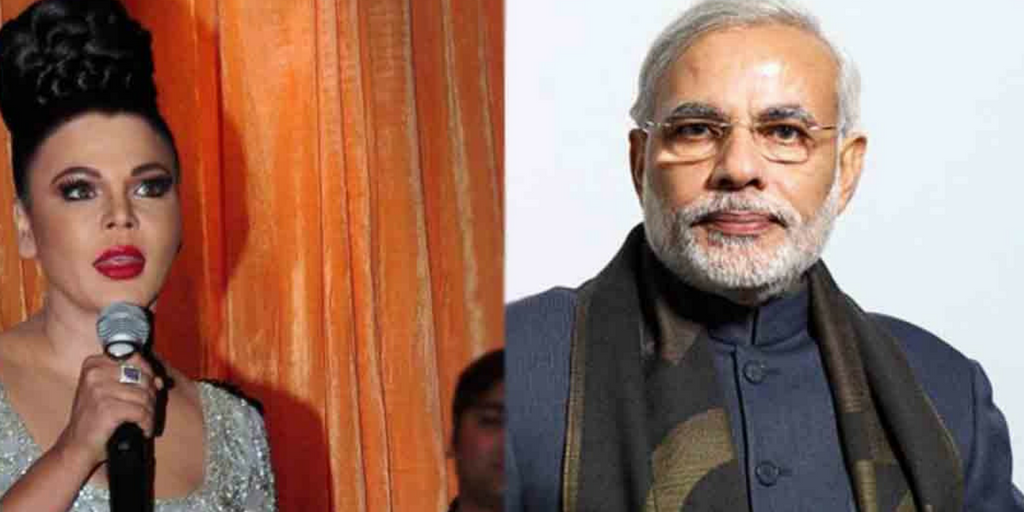 There was news that actor Rakhi Sawant was arrested for making derogatory remarks against sage Valmiki. But the controversy queen , who calls herself ‘Media ki beti’, has now said that the arrest that people have been talking about never happened and nor did she get any arrest warrant.

On Tuesday, it was first reported that Ludhiana police arrested Rakhi from her house in Goregaon. Later, the reports started coming in that the police didn’t find her and are way on their way back. After some time, it was claimed that Rakhi had gone to Punjab to surrender. Finally, reports of her disappearance surfaced.

Holding a press conference in this regard, Rakhi said:

“I want to know why the police were searching for me. Where did I go? Mai Hindustan ki beti hoon, Hindustan mei hi hun. I was shooting in Mumbai. I never went anywhere. I said something in 2016 and its warrant is being issued in 2017. I don’t get it.”

Talking about the situation, she said:

“Neither police met me, nor have I been given any warrant. I neither got any summon, nor any letter. Will I get a dream about it? I read on TV that I got arrested! I knew nothing. I went to Oshiwara police station. This is under the law that if you doubt that there’s a case against you, you approach the police. So, I went and surrendered. Even they don’t have any summon.”

“I am being harassed. I haven’t hurt the sentiments of Valmiki community but there is a group of people, lawyers. I am being harassed. I am being dragged to court without any fault of mine. I am not guilty. I was just giving an example to save my best friend Mika Singh and I got trapped. He was bad earlier but now he has changed and at that time I could only think of Valmiki ji and his story. There are people, who threatened me, abused me. Police can check my call recordings from July 6-14. They will get to know what all pathetic things I was said. I can’t even say those things.”

Talking about the Punjab Police team, she said:

“I have no clue. Nobody came here. If police came here, they should have searched for me. They should have gone to the nearby police stations, where my address is registered. They could have dropped the letter to someone at my house.”

The actress has also requested Prime Minister Narendra Modi and BJP’s national president, Amit Shah, to rescue from the situation.

“I went to Ludhiana but I didn’t want to tell anyone because I don’t want publicity. I think if I will sneeze even then a case will be there. Had I known about the case, I would have hired a lawyer. I am frustrated. Wherever I am going people are asking me why didn’t you go to jail, aap toh jail mei thi! I want to appeal to the government, I want to ask Modi ji that what is happening with your citizens? You are in power and some people are taking advantage. I want to request Modi ji and Amit Shah ji that I am being harassed, please see this. I have always supported BJP so please you support me.”

Regarding her bail, she said:

“I am very hurt. My mom is unwell. I believe in law. Meri bail nahi hui. If I am innocent then I will get a bail.”

The case will be next heard on April 10.