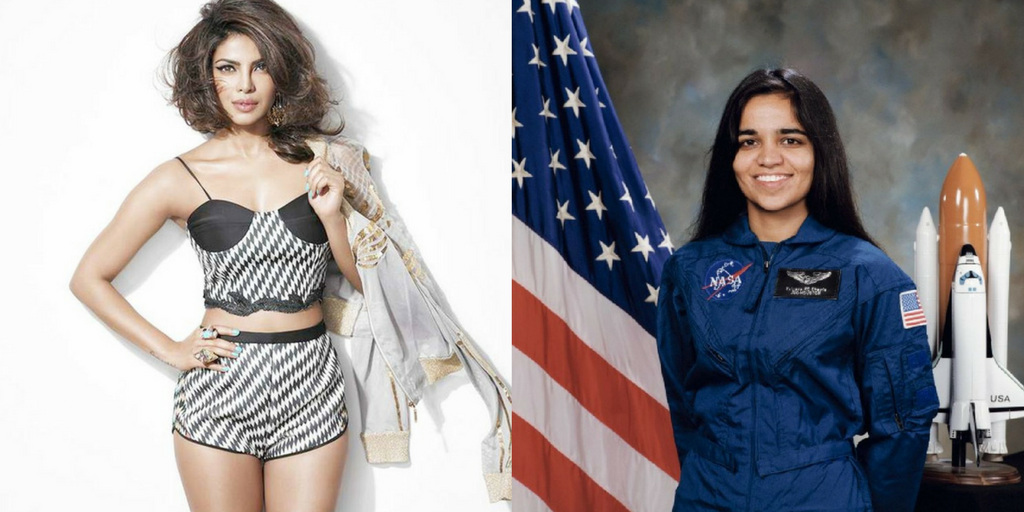 It’s been a while since Priyanka Chopra was seen in any Bollywood movie. The actress has been busy with her international career. She has been juggling between ‘Quantico season 2’ shoot and ‘Baywatch’ promotions. But it seems that PeeCee has finally taken out some time for Bollywood. The actress will be soon start shooting for a Bollywood movie. Yes you heard it right!

Priyanka will be seen in Kalpana Chawla biopic where she will be playing the role of the famous astronaut. The project will be helmed by debutant Priya Mishra.

“I have been working on it for the past seven years. A new production banner will back the project. I was last heading a TV channel creatively and post 2011, quit to pursue filmmaking. This is one of the two scripts that I have written.”

On the same, a source has added:

“The film will be mounted on an international scale. A new production company, Getway, is likely to produce the biopic.”

This will be Priyanka’s second biopic, after ‘Mary Kom’.