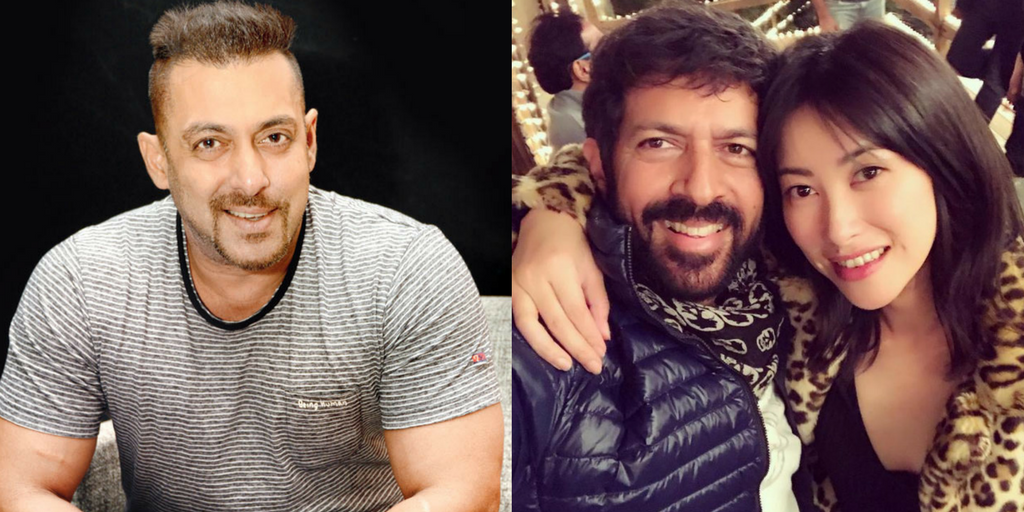 Salman Khan and Chinese actress Zhu Zhu starrer, ‘Tubelight’ is set for an Eid release this year, but the trailer of the film is not out yet. When asked about the release of the trailer the director of the movie, Kabir Khan said:

“We are first going to release the teaser which will be out by the end of April and that will be followed by the trailer in May. People ask me why we are releasing the trailer so late. I’m one of those people who doesn’t believe in those extended periods of marketing but only closer to the release.”

Talking about the marketing and promotions of the movie, Kabir said:

“I don’t believe in going berserk with marketing. As long as you are able to get your message out and tell the people you are coming on a certain date and make people aware of that, it’s more than enough. We will have a teaser and then, the trailer. I won’t tell you the message now. Let people discover through the trailer what message we want to convey.”

“Zhu Zhu will also come down to India for a certain period of time to promote the film.”

When ‘Tubelight’ was compared to Kabir’s mini series titled ‘The Forgotten Army’, which is also a period drama, the director said:

“Yes, ‘The Forgotten Army’ is set during World War II, but it also has a contemporary track. ‘Tubelight’ is based in 1962 and is set against the backdrop of the Indo-China war. It is tougher working on a period film because more attention has to be given to detail… you have to do thorough research. You have to pay attention to clothes, settings, etc. So yes, in that sense, it does definitely take more homework. But having said that, it’s ultimately your storytelling, so it’s exciting.”