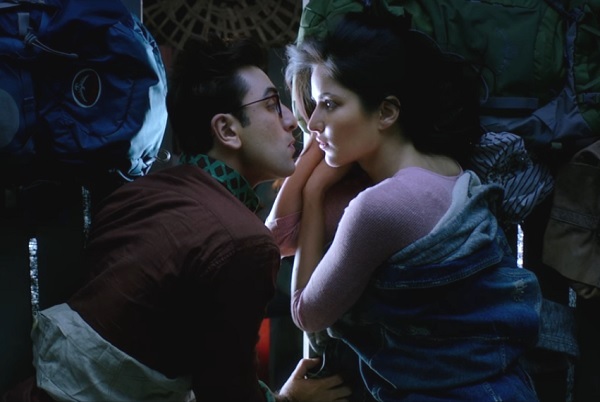 Ranbir Kapoor and Katrina Kaif‘s ‘Jagga Jasoos’ has created a strong buzz because of Ranbir and Katrina’s break up and because of the movie’s prolonged delay. But as things began to settle down and the film was finally shaping up, we hear that there has been another issue. There are rumors stating that Kat and Anurag Basu (the director) are disagreeing over a certain kiss with Ranbir.

There are reports that a creative poster for ‘Jagga Jasoos’ shows Katrina sharing a lip-lock with Ranbir. The actress is not very happy with it and doesn’t want it to be released! But not just that, she now wants to see all the creative’s before they are released and it seems that the director is not happy with Katrina’s decision.

In the meanwhile, Ranbir and Katrina are currently shooting a few song sequences for the movie. It was earlier mentioned that the movie would be releasing on April 14. But with the shoot still going on, it is going to be delayed.

We still are unaware of its actual release date. Let’s hope that it releases soon.