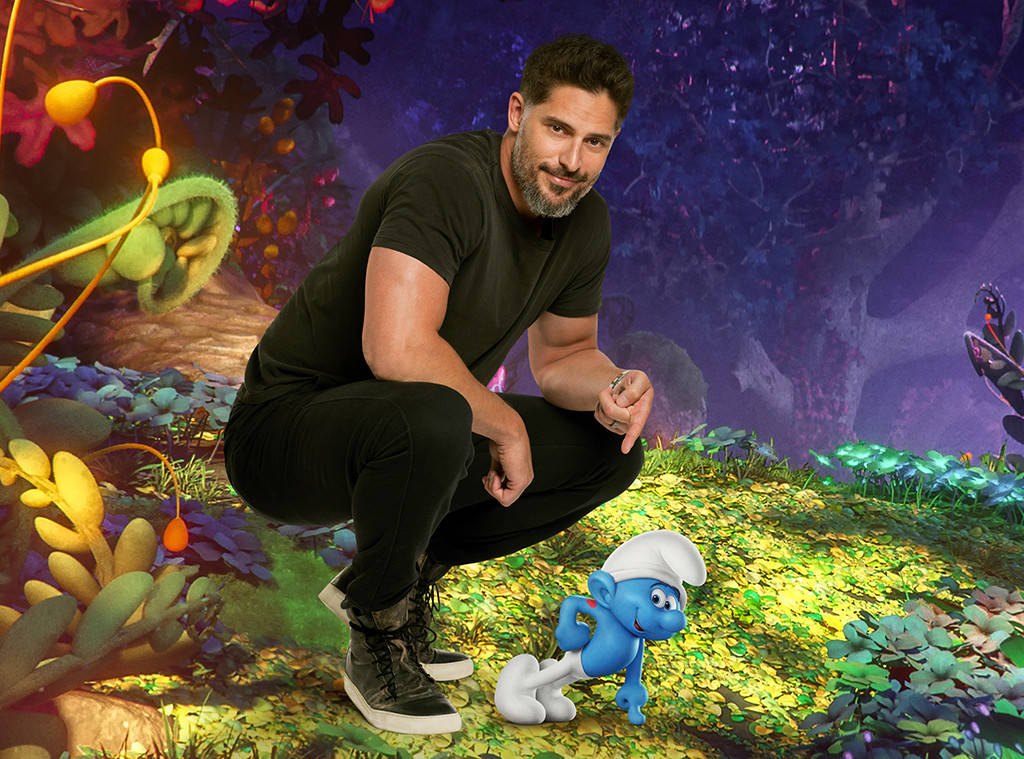 Joe Manganiello, best known for his breakout role as ‘werewolf-with-a-conscience’ ‘Alcide Herveaux on True Blood’ (2010-2014),’Magic Mike’ (2012) and ‘Magic Mike XXL’ (2015), will next be seen in Sony Pictures Entertainment India‘s much awaited ‘Smurfs: The Lost Village’ on 21st April.

Joe plays the Smurf called ‘hefty’ and thinks it’s the right Smurf for him because hefty is chivalrous, just like Joe in real life! When Joe was asked whether he liked the Smurfs before the film he said:

“Oh yeah, I had the books too. I even had the toys. I remember having a painting of ‘Smurf Village’ which was made of vinyl. It had these tiny little vinyl stickers of the Smurfs and you could make your own adventures inside of the village with them. And the pencil tops! I had those too!”

And on his thoughts why people still like the Smurfs, Joe said:

In this fully animated, fresh new take on the Smurfs, a mysterious map sets Smurfette and her best friends Brainy, Clumsy and Hefty on an exciting and thrilling race through the Forbidden Forest filled with magical creatures to find a mysterious lost village before the evil wizard Gargamel does.  Embarking on a roller-coaster journey full of action and danger, the Smurfs are on a course that leads to the discovery of the biggest secret in Smurf history!

Directed by Kelly Asbury, the film is written by Stacey Harman and Pamela Ribon, based on the characters and works of Peyo.  Produced by Jordan Kerner and Mary Ellen Bauder Andrews, ‘Smurfs: The Lost Village’ features the voices of Demi Lovato as Smurfette, Rainn Wilson as Gargamel, Joe Manganiello as Hefty Smurf, Jack McBrayer as Clumsy Smurf, Danny Pudi as Brainy Smurf, Michelle Rodriguez as Smurf Storm, Ellie Kemper as SmurfBlossom, Ariel Winter as Smurf Lily, with Mandy Patinkin as Papa Smurf and Julia Roberts as Smurf Willow.